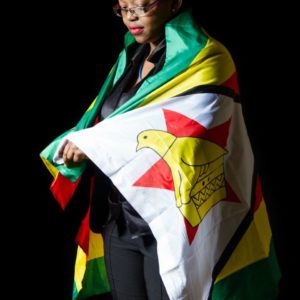 In the aftermath of Robert Mugabe’s resignation as President, ilizwi263 blogger, Jerà, tells a poignant story that captures the flurry of emotions that Zimbabweans have been experiencing. Check it out below.

A girl called Zimbabwe – this is her story

She lived upstairs in my apartment building. I had recently moved in. I saw her often, pushing a pram with a screaming baby inside. Once, I saw her emerging from a battered sedan whose headlamps were held together by peeling duct tape and side-view mirror hung limply like a head on the broken neck of a doll. On that occasion, she went round the car before struggling to open the creaking passenger door. From a crack between my window curtains, I saw her nudge the shoulder of an old man who appeared to be sleeping with his head slumped against the headrest. When he awoke, a stream of drool issued from his lip and his spectacles sat askew on the bridge of his nose. After wiping away the drool with the corner of her sleeve, she helped him up. Holding her hand, the old man walked slowly beside her into the apartment building.

On one late afternoon, coming in from doing my grocery shopping, with hands full and car keys bitten between my lips, two young children offered to help me carry my bags. At the door, when I had relieved them of the bags they carried, the two boys smiled through parched lips and declined the folded $1 bill that I held in my hand. From the dryness of their lips, I surmised they were hungry. When I held out a bagful of apples, they exchanged consultative glances before the slightly older boy accepted the offer.

The stack of uncollected mail in her letterbox downstairs – marked flat 263 – said “Miss Zimbabwe.” Most of it looked like junkmail, bills, bills and, at the bottom, an envelope with the seal of a solicitor’s offices.

Mentally rehearsing appropriate icebreakers, I climbed the stairs to the second floor. Breathing into a cupped hand to check my breath, I aimed my knuckles above the silver numbers – 263 – and knocked on her door.

Face to face with Zimbabwe

Inside I heard the cries and laughter of children. After a moment’s wait, there was no response. I knocked a second time. I was bent over with a letter aimed at the gap beneath the door when I heard the slip-slop of sandaled feet. Just as I straightened my back, the door swung open and I found myself standing a foot from her nose above which was a pair of lenses speckled with grime. Behind the dusty spectacles, the rims of her eyes looked swollen and red, like she had been crying. Her hair was chaotic, like she had just stood outside on a windy day. The multicoloured dress she wore – black, red, yellow, green, white – was speckled with what looked like soup stains, or baby vomit. 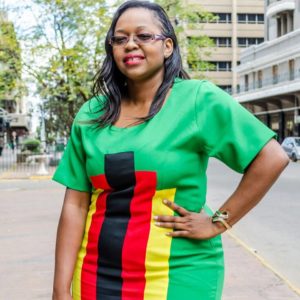 But beneath her harried exterior, I saw a beauty that overshadowed her evident predicament. Over her shoulder, on the mantelpiece, I saw a framed photograph the size of a tabloid. Next to it, a candle burned in a jar. Over her shoulder, a child came into view, briefly, rolling past on a motorized wheelchair. His atrophied legs and slumped back posture suggested he had no control of his body beneath his chest. His face seemed familiar. But it was too fleeting a moment for me to be certain I had seen him before. Another child sat on a sofa, with a book on his lap and the tassel of his graduation hat swaying over his thick spectacles. Another child who stood out from the mob of little feet sat in the middle of a worn rug, doing absolutely nothing. He simply sat there, in the centre of the potholed carpet, as there he was waiting for nothing. A barefooted child with the swollen belly of malnutrition appeared at her side, holding an empty food bowl. He tugged at the hem of her dress.

‘Mama, I’m hungry,’ he said pointing his chin up to her.

She glanced down at him.

‘Matebeleland dear, not now, I’ll be with you shortly.’

She glanced over her should as the child walked away, almost dragging his empty bowl. A little girl of about seven stood fiddling with a handbag too large to be her own.

‘Harare!’ she said firmly. ‘You better not be trying to get into my handbag again.’

The child dropped the handbag at her feet and sulkily flounced away out of view. Zimbabwe turned back to face me.

‘Yes, may I help you?’ she said, wiping her hands against the sides of her parti-coloured dress.

I transferred the stack of envelopes to my left palm to free up my greeting hand.

‘Hi, I’m your neighbour from–’

‘I’m sorry, have the kids been on your balcony again? I promise you, it wo’nt happen againMr Zuma.’

The words tumbled out from between her beautiful lips at such incredible speed. She did not appear to have noticed the hand extended for a greeting. My arm hurt from holding out my hand. I drew it back.

‘Sorry, Mr Khama is it then? I promise you I will have a word to the kids about staying on our side of the balcony.’

I held up the stack of mail.

‘Miss Zimbabwe, I live downstairs. Your letterbox was spilling over and–’

‘Oh, thank you, I get so busy, trying to deal with one crisis after another.’

She took the letters and pushed back a strand of hair from her glasses.

A moment of awkward silence followed. Her arm rose towards the door handle, which I took to mean she needed to return to the scene of bedlam behind her.

‘Yes…?’ She inclined her head forward slightly, as if to coax the words that were stuck in the back of my throat.

The half smile, half quizzical look on her face and the hand on the door implied that I was fast running out of time. Between my shoulder blades, I felt a rivulet of sweat trickling down. I shut my eyes to gather what little courage I had within me. Abandoning the mentally composed script, I blurted out the words.

‘Would you have coffee with me sometime?’

In an instant, the half smile vanished from her face. She pursed her lips and lowered her gaze to the space between our feet.

‘Thank you for bringing my mail.’ She looked up and managed a wan smile. ‘But I’m sorry, I’ve just come out of a 37 year abusive marriage.’

The brass number – 263 – loomed towards my nose as the door shut in my face.

On the descent down the stairs, I smacked the handrail, cursing my tongue for deserting me at the critical moment.

Back in my flat, stewing in embarrassment, I opened my laptop. In the Google search field, I typed her name.

The screen blinked as the search results appeared.

I clicked on the top most weblink. A photograph appeared. In the midst of a mob of children, there stood Zimbabwe in her black, red, yellow, green and white dress. On her shoulder, sat a bird which I knew to be the bateleur eagle, giving her the look of beautified pirate. On the left periphery of the photograph, there was a boy in a wheelchair, much like the mechanised model I had seen upstairs. On his lap, he held the framed photograph I had seen on the mantelpiece. At the foot of the group photo was a list of names. Two names leapt out at me:

I Googled Dzamara. A few mouse clicks later, I came upon stories of several of Zimbabwe’s children who had left home to live on the streets where they foraged in the rubbish bins of other apartment buildings. Some had found foster parents, the news sites referred to them as ‘bright, hardworking’, others who had fewer options did whatever was doable to survive the harshness of homelessness. Then came images of an exhumation; skeletons, some small enough to be of 8 year old children, beneath it, in capital letters, was the caption:

Involuntarily, my hand shot up to my mouth to catch the rising contents of my stomach.

Leaning over the bath basin, I swirled a mouthful of cold water to wash out the acidic tang of vomit.

Accepting Zimbabwe, warts and all

Returning to my desk, I shut the lid of my laptop and slumped into my chair. The embarrassment of rejection had gone. In its place came horror, pity and understanding. Her words, the last I heard before the door slammed in my face replayed, like an echo, in my mind.

A knock on the door brought me out of my thoughts. When I pressed my nose to the door and looked through the peep-hole, the bright colours of Zimbabwe’s dress came into view. I tucked my shirt into my waist belt and opened the door.

She held up a sealed envelope.

‘This one’s yours,’ she said palming the back of her head.

I took the envelope and pocketed it without breaking eye contact. She lowered her gaze to the floor.

‘I’ll be on my way then,’ she said clasping her palms together in front of her. She seemed to linger, even as I reached for the door handle.

‘Is everything alright, Zimbabwe?’

She wiped her cheek before palming the back of her head once again.

‘Coffee will be great, thank you. But…’ She half turned, as though to leave. ‘Baby steps. I need time to learn to trust again.’

‘Baby steps,’ I repeated softly to her retreating back.

My pen is capped