A Harare woman charged with illegal possession of crocodile skins 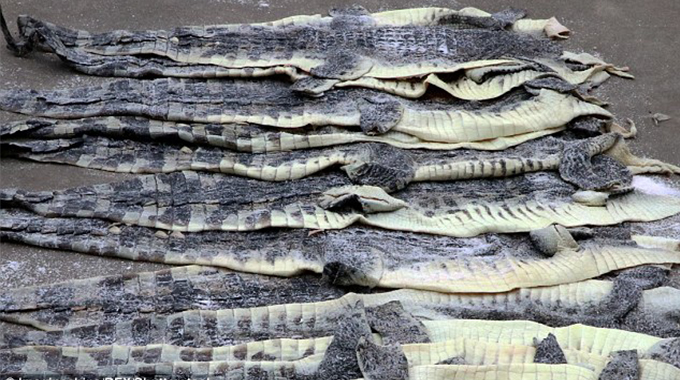 A 31-year old Harare woman has been charged with illegal possession of crocodile skins in contravention of the Parks and Wildlife Act.

Vimbai Dzingirai appeared before magistrate Rumbidzai Moyo who granted her $20 000 bail. On Friday

Dzingirai, who was represented by Justice Gusha,was remanded to April 19 pending finalization of the investigations.

Allegations are that on March 24, 2022 detectives from CID Minerals Flora and Fauna Unit, Harare received information that the accused person was in possession of crocodile skins without a permit.

In an unrelated case, Godfrey Chiremba from Chiredzi has also been charged with illegal possession of a python carcass valued at US$1000.

“On 01/04/22, Police in Chiredzi arrested Godfrey Chiremba (48) for possession of specially protected animals. The suspect was found in possession of a Python carcass valued at US$1 000 at his house in Mkwasine,” said police.

Last year, three Harare men were slapped with a combined 27-year jail term after being convicted of possessing a python skin, which carries a nine-year mandatory jail term.

Happison Manjoro (42), Albert Kachomba (46) and Michael Dias Maira (48) were found guilty of contravening a section of the Parks and Wildlife Act.