Today marks the 41st year in which Zimbabwe has commemorated Defence Forces Day in honour of the Zimbabwean uniformed forces. The National Transitional Justice Working Group (NTJWG) joins the rest of the nation in commemorating Defence Forces Day while and reflecting on the Defence Forces’ commitment to protecting national sovereignty, upholding justice, and maintaining law and order. 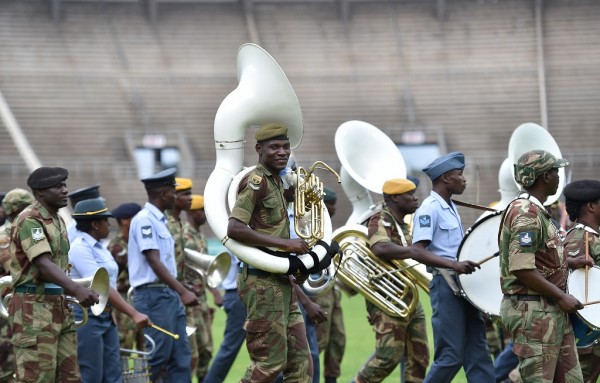 The NTJWG notes with concern that despite the clear legal provisions on the function of the Defence Forces, which is provided in Section 212 of the Constitution of Zimbabwe, 2013 (the Constitution) being to protect Zimbabwe, its people, its national security and interests, and its territorial integrity and to uphold the Constitution, Zimbabwe’s history is marred with reports of human rights violations perpetrated by some members of the Defence Forces. Examples of this can be traced as far back as during the Gukurahundi massacres and as recently as the 1 August 2018 shootings and the January 2019 crackdown. These examples are indicative of the urgent need for the Defence Forces to reform and ensure that all members uphold their professional oath to serve Zimbabwe and its people.

Zimbabwe has a history of militarisation of the State which has created an environment that allows violations by members of the Defence Forces to go unpunished thereby denying victims justice. Recent statements by ZANU-PF Acting Political Commissar Patrick Chinamasa that his party was not yet ready to surrender its bond with the military is cause for concern. The military played a significant role in the violent 2008 harmonised elections and was equally key in the 2017 coup which removed the late Robert Mugabe. According to the report titled “Transition Politics in the Post-Mugabe Era” produced by the Zimbabwe Democracy Institute in 2020, militarisation of the State has worsened during President Emmerson Mnangagwa’s reign. Evidence of this lies in the numerous appointments of military personnel to key government offices and the exerting of control over medical professionals who have been pressing for reform. Militarisation of the State is undesirable particularly in a democracy.

The NTJWG therefore calls upon the Government of Zimbabwe to:
a.    Undertake security sector reform and professionalise the defence forces;
b.    To de-militarise State institutions;
c.    Ensure members of the defence forces remain apolitical and serve the country and not individual political parties;
d.    Ensure that the Defence Forces do not continue to perpetrate human rights violations by holding those that perpetrate violations accountable;
e.    Operationalise the Zimbabwe Independent Complaints Commission in an effective way, with a mandate to receive and investigate public complaints against members of the Zimbabwe security forces.