Source: A look at South Africa’s R37 million border fence with Zimbabwe – built to stop the spread of the coronavirus – Business Tech 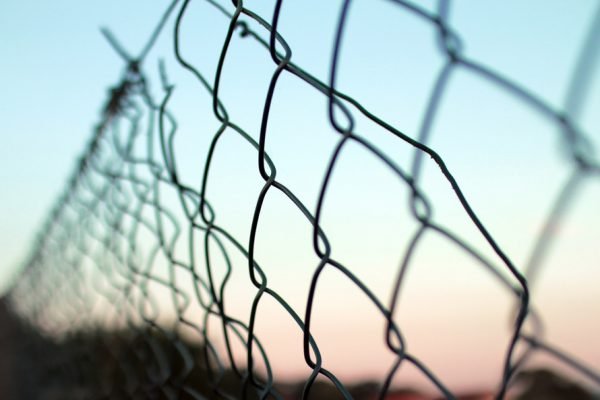 The Department of Public Works and Infrastructure (DPWI) has completed construction on a 40km stretch of fencing between South Africa and Zimbabwe, but the project has already been marred by issues.

Announced in March, Public Works minister Patricia De Lille said the fence was in line with a raft of interventions announced by President Cyril Ramaphpsa when he declared the coronavirus pandemic a national disaster.

De Lille subsequently issued a directive to her department on 16 March 2020 allowing them to proceed with emergency procurement procedures.

The following day, her department and the Department of Defence and the South African National Defence Force (SANDF) undertook diligence and site inspections and it was identified that a fence – 40km long and 1.8 meters high – be erected 20km on either side of the Beitbridge land port entry.

Presenting in parliament last week, the DPWI confirmed that the project had been completed at the end of April at a cost of around R37 million.

The below images show what the previous border fence looked like:

The department said that a high-level cost comparison per metre had anticipated a project value of R34 million as the final account.

The cost for the electrical component of a game fence was not included, and the rate to incorporate it per linear meter was R300, it said.

The department indicated that the construction of the fence faced challenges, and that it asked the SANDF to patrol the area after construction material was stolen. These forces would assist the already deployed private security on site.

The below images show the damage by criminals and the completed project”: 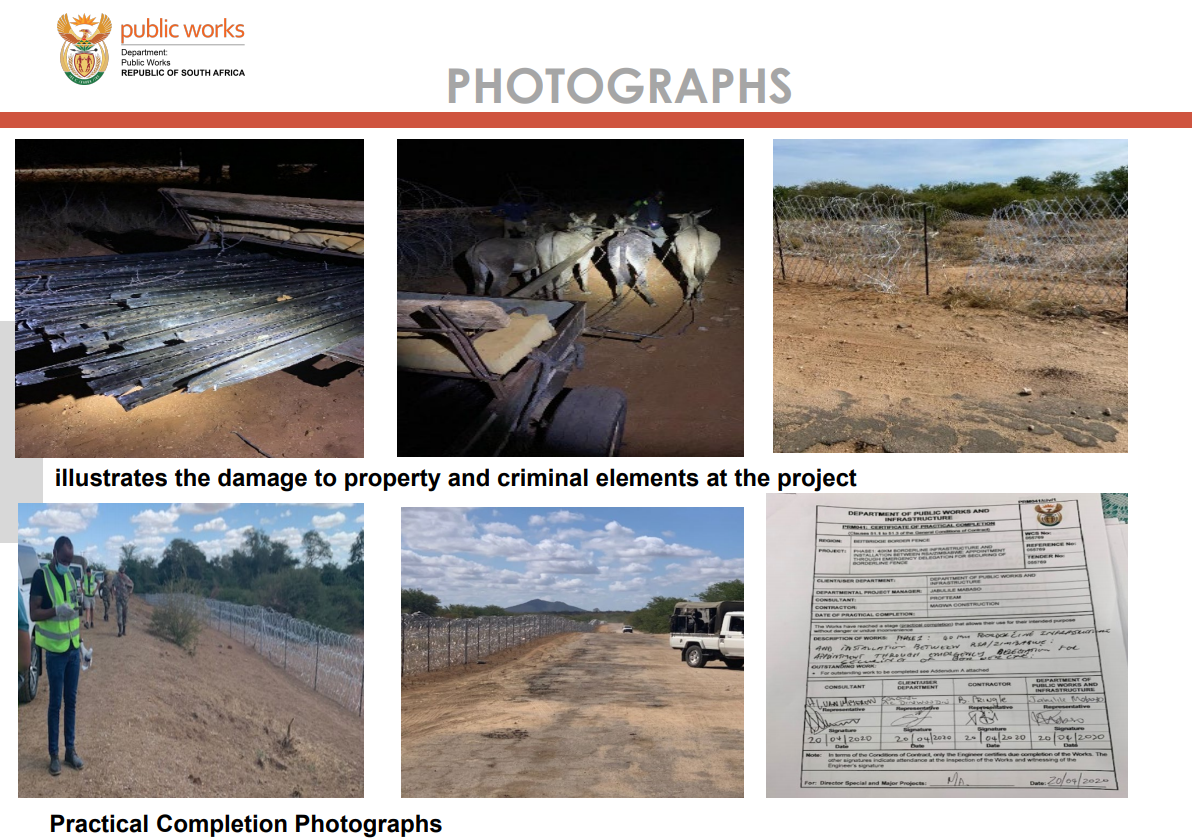 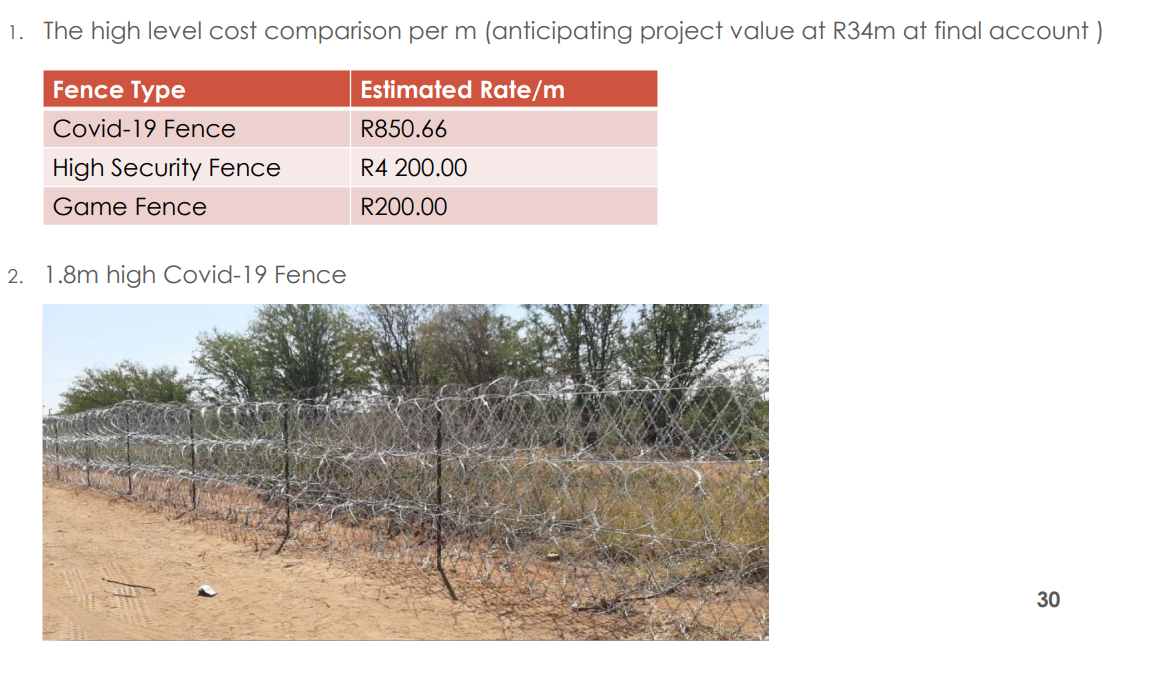 The DPWI said that it has also asked the SANDF to intensify patrols at the borderline fence between South Africa and Zimbabwe, now that the project is complete.

“An agreement between DPWI and Department of Defence will be formulated to clarify the roles and responsibility of the two departments with the borderline infrastructure.

The DPWI said that it will ensure that an appropriate maintenance solution at the borderline is provided.

“While withstanding that there is a 12-month latent defect on material imperfections and poor workmanship, a preventative maintenance solution is required for up keeping of the asset.

“Finalisation of the planning (is) currently underway for the overall borderline between RSA and neighbouring countries.”

The full presentation is embedded below:

Fence Presentation May 2020 by BusinessTech on Scribd