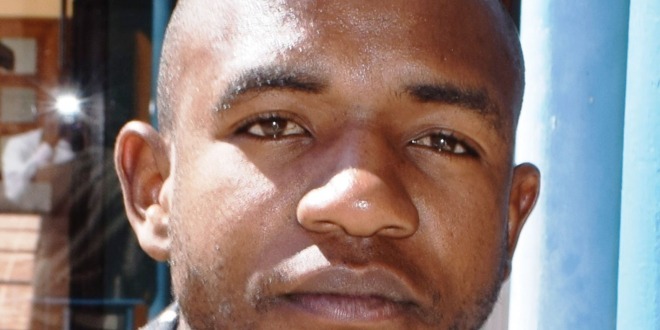 IN writing his memoir, Cephas G. Msipa said: “I want to leave a record, hoping those coming after me may benefit from my experiences.”

Msipa’s involvement in politics dated back to the rise of anti-colonial politics and he ended up in government.

His observations, as relayed in the book cut in deep into the sphinx of key historical events and personalities in Zimbabwe including the formation of Zanu PF, the 1980 elections, the Unity Accord, the land reform programme and Gukurahundi, Operation Murambatsvina and Robert Mugabe.

In the memoir comes an alternative way of dealing with the land and the indigenisation issue. He explained how he opted to leave out dairy farms during the indigenisation of commercial farms in his Midlands province, because of their high nature of technicality.

He initiated land reform on a pedestal that would not render Zimbabwe into dysfunctionality as it later did.

On the case of indigenisation, he described former Local Government minister, Saviour Kasukuwere’s inclination towards “grabbing”.

He wrote: “We also differed sharply with Kasukuwere, because he wanted to grab companies in Mutare. I told him, ‘No, that’s not what we are doing, it’s not about grabbing companies that are already operating, it’s about helping our people to start their own new companies.’”

The nature of these two operations also led to Murambatsvina clean-up campaign, which brought dire strain to many lives in urban and rural Zimbabwe, all under the instruction and blessings of the then president, Mugabe.

A mixture of high testosterone and ill-planning led to lack of moderation and allowing things time to take leads towards a nature of disaster; on both the indigenisation and land reform programmes, two features of Zimbabwe’s timeline that had begun initially with the support of United Nations Development Programme and the white farmers themselves, but later lost the plot.

The memoir goes back to the subject of Gukurahundi and denies that Nkomo had something to do with it. It claims that, Gukurahundi intensified when Moven Ndhlovu, a member of Zanu PF’s central committee was assassinated in 1984 by disillusioned soldiers, who had not found their way into government.

He claims, the effects of Gukurahundi were not a product of a moment of madness, as Mugabe called it, for it lasted from 1981 to 1987. In substantiating his view, he quotes a speech by Mugabe in which he said, “Zapu and its leader, Joshua Nkomo, are like a cobra in the house, and the only way to deal with a snake is to strike it and crush its head.”

Ndlovu-Gatsheni (2017) upholds the above view when he notes that, “when PF Zanu won elections in 1980 and took over the State, it used State power to annihilate PF Zapu and Nkomo.”

And as a result, people lay in unmarked graves, souls broken and some without identity documents for parents died before they had birth certificates.

Although the act of Gukurahundi can be traced to the lootings of Shona properties and all the atrocities of the pre-colonial, Msipa condemns Gukurahundi.

The memoir gives an anatomy of the foundation with which the liberation moments kicked off after and just before independence. Initially, there was an inclination towards socialism, an inclination that was to be quickly abandoned “and Zanu PF was much more inclined to being ruled by a small group at the top, and did not permit much debate. Zapu was more open and tolerant.”

This led to the problematisation of the succession issue as well as the privatisation of the State. In the early days of Zimbabwe, asking a question like, “Imagine there’s a coup in Zimbabwe. Who do you think would take Mugabe’s position?” was something people were afraid of. Future attempts like the Tsholotsho declaration (2005) were made futile.

However, the memoir remains devoid of mentioning names of people who were chief architects of either Gukurahundi or corruption beyond Robert Mugabe and his wife.

The resentment that Mugabe held for the white man can be seen in the statement, “How can you turn our gains into losses? Where there was a black man you are now putting a white man?” But the memoir reveals that, during the land reform, Ian Smith’s Gwenoro farm was spared, as by Mugabe’s instruction and when Msipa intended to give it to Midlands State University, but was at first furious at that lead.

Another interesting perspective of detail that comes out of the reading of the memoir is how the 1980 election electorate was manipulated to think it was for the benefit of Zimbabwe that they should vote Zanu PF.

Msipa confesses that, he was told to never set your foot in Mberengwa again for it was a no go area for Zapu.

He claims, whilst Matabeleland was a winning area for Zapu, Mashonaland for Zanu, Manicaland was vacant and so Zanu PF used its Zanla forces to man the area and to coerce the people of the region to voting for it by not closing ballots and asking people who supported it to vote in one day. This happened even when Lord Soames was watching and Mugabe was not ashamed of that.

The need for the recognition and elevation of women into power, which resulted in Mujuru getting into the presidium, was put aside when Grace Mugabe orchestrated the departure of Mujuru, a woman who in symbolism represented gender recognition. Msipa, having worked with Joyce Mujuru as her deputy in the days of independence, a period which he learnt of the equal competence of women was moved by the development.

“You know that here in Zvishavane you should never talk ill of Mugabe because people will beat you up.” Such is the cult of violence that characterised Zimbabwe.

Msipa’s memoir is a window not just into his non-contestable past of urban activism, days of fatherhood and charismatic governance, Canaan Banana and Msipa’s role in the unity accord, names like Welshman Mabhena, Sydney Malunga and Naison Ndlovu and the detention of Dumiso Dabengwa and Lookout Masuku, but also a searchlight on the pandora box of matters that haunts Zimbabwe and its people now and in its future, as it seeks to go forward.

There is no way in which a man of his calibre can claim to be close to Mugabe and then fail to tell us of Mugabe’s inclination towards a one party state, as he has only one experience with Mugabe in which Mugabe took an order from him.

As such, the contribution of a culture to the cult of dictatorship and praise singing seen in a conversation with her mother when she says, “In our culture we don’t thank the chief’s messenger, we thank the chief himself. You were sent by Mugabe so I’m thanking the man who sent you.”

And for the nature of its content, Msipa’s memoir had been a subject of scorn from the State media when Mugabe was in power.

 Beniah Munengwa writes in his own capacity. He can be contacted through email on bmunengwa@gmail.com