A replay of Mugabe’s last days in power

WHILE former President Robert Mugabe’s shadow in the country’s political matrix is slowly fading away in comparison to the new man in the hot seat, President Emmerson Mnangagwa, renowned playwright Raisedon Baya has refused to let the former Zanu PF leader slip into political oblivion. 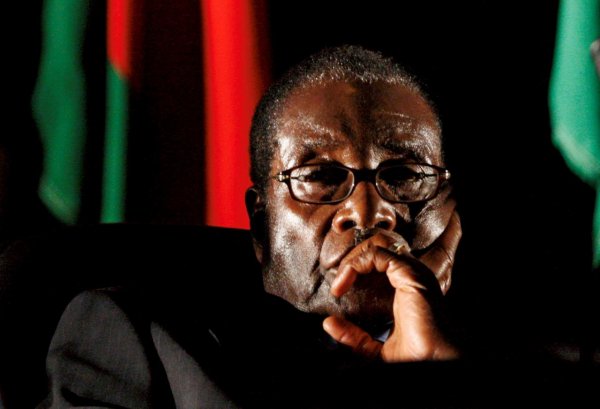 The Bulawayo-based playwright yesterday told NewsDay Life & Style that he had come up with a production titled The Last Days of A King of Africa directed by Memory Kumbota, which takes a glance at Mugabe’s last days in power.

“This play The Last Days of A King of Africa focuses on Mugabe’s last seven days in office based on true events that happened in the run-up to the November 2017 events.
I have used dramatics to tell the story that discusses the dynamics that played themselves out leading to the dethronement of Mugabe from power and the emergence of Mnangagwa as the new leader,” he said.

“We had planned to show the play during the Arts Extra, which took place on the last week of the year, but we then realised that there was a lot of work that needed to be done in as far as solidifying the act and that is why we have decided to show it at the end of this month.”

“The Arts Extra has shown us that there is need, in Bulawayo in particular, for us to start producing plays and arts productions that can be watched by the whole family.
The time to come up with productions that other members of the family, such as children, cannot watch has come and gone,” he said.

“We have also learnt that such productions should be done and planned for while there is still time so that we can market the productions on time to attract more people.”

Baya said they run the arts fiesta with no support from the corporate world, arguing there was need for partnerships to salvage the industry.

“We relied on organisations such as Savanna Trust, Victory Siyanqoba, and the Incubator Hub who brought some of the productions that were shown during the festival.
These organisations paid to bring those acts to Bulawayo,” he said.