As court denies them bail 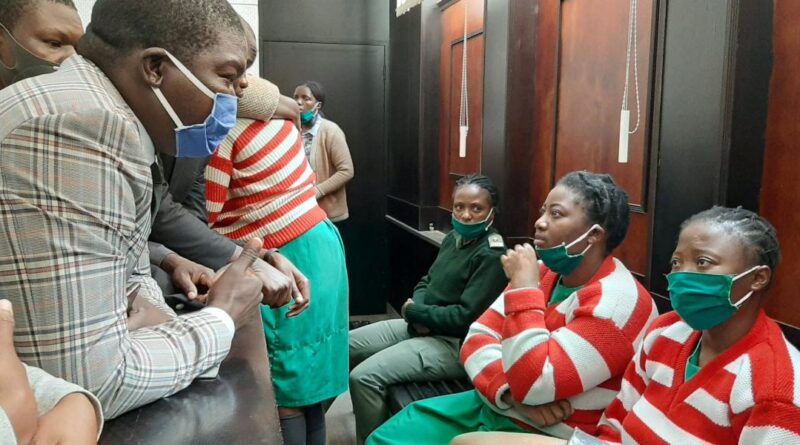 Magistrate Makwande told Hon. Mamombe, Chimbiri and Marova that she
vetoed their bail application after being convinced that there were
compelling reasons not to admit them to bail.

The Magistrate who remanded the trio in custody to 26 June 2020
ordered ZPCS to allow Hon. Mamombe, Chimbiri and Marova to be treated
for ailments sustained when they were abducted and disappeared by some
unidentified people on 13 May 2020.

The trio’s lawyers Alec Muchadehama, Jeremiah Bamu, Roselyn Hanzi and
Tinomuda Shoko of Zimbabwe Lawyers for Human Rights, told Magistrate
Makwande that their clients were starving in prison and had not eaten
since Friday as ZPCS officers were not allowing them to get food
coming from their lawyers when they visit them at Chikurubi Maximum
Prison, where they are detained.

The abductees’ lawyers advised Magistrates Makwande that they will
challenge the placement of their clients on remand when they return to
court on 26 June 2020.

Hon. Mamombe, Chimbiri and Marova went missing on 13 May 2020, when
they were abducted in Harare and were found on 15 May 2020 after being
dumped in Bindura in Mashonaland Central province.