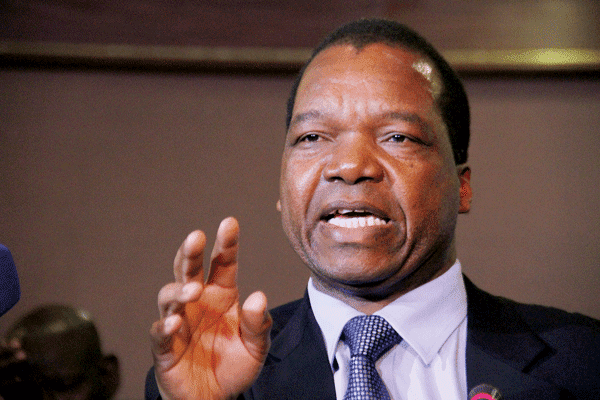 IT is a good thing that the Zimbabwe Anti-Corruption Corruption (Zacc) has finally taken interest in the stinking corruption that has been going on through some mobile money platforms on which members of the public have been ripped off left, right and centre through the cannibalistic “high-rate” practices of cash dealers.

It was about time that this madness was confronted head-on. But having said this, we believe that the scandal over mobile money platforms is just a tip of the iceberg. These corrupt tendencies have been birthed by the currency crisis gripping this nation. It would appear that the introduction of the bond note and the RTGS dollar paved way for the arbitrage that we have witnessed in the economy over the last year or so.

As we have pointed out over and over again, any form of local currency would need something to back it up, otherwise — as we predicted when the bond note was first introduced — we would be pulled back to the 2008 economic holocaust. And it appears to have manifested in different forms, eroding Zimbabweans’ earnings and savings with the speed of lightning.

The crisis has “resurrected” dealers notorious for currency manipulation without any contribution that they make to the economy. They have literally taken over the job of the Reserve Bank of Zimbabwe which, as the country’s central bank, should be responsible for what happens in the money market.

The lack of a clear policy to govern the operations of mobile money transfer services could be responsible for the lunacy that has been going on. It does not make sense that banks would have no cash at all while it is readily available at these dealers at a very high premium. This also raises suspicion that they could be powerful politicians and businesspeople with political connections behind the lunacy. We hope Zacc would dig deeper so that all culprits are fished out to face the music.

Given that deputy RBZ governor Khuphukile Mlambo recently told the Tendai Biti-led Parliamentary Public Accounts Committee there were currently no regulations to control mobile money transactions, it is clear that the agents are taking advantage of the loopholes in the monetary policy system to charge punitive cash-out rates to desperate members of the public as the cash crisis continues to bite. Such rot cannot be allowed to continue if the country’s economy is to be knocked back into shape

These challenges also speak to the need to find ways of ensuring that there is sufficient cash in the market. It does not make sense that other countries that also use plastic money do not face similar currency crises.