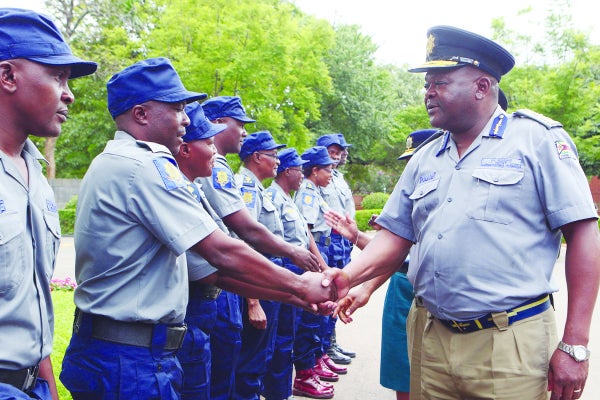 POLICE have given the green light for government workers to demonstrate for higher wages in what is seen as an acid test for President Emmerson Mnangagwa’s tolerance to dissent.

The police nod for tomorrow’s demonstration came as the law enforcement agents have this year banned anti-government protests by opposition parties and civic groups, prompting fears that Zimbabwe was sliding into the dark days of repression.

Police yesterday said they could stop the march if they deemed it to be violent.

“The regulating authority still reserves the right to stop the gathering should it turn out to a public order threat or violent. Police will monitor,” Oscar Mugomeri, police
commander for Harare central district, wrote in the letter to the organisers.

David Dzatsunga, the spokesperson of the Apex Council, the umbrella body for civil servants labour unions, confirmed the development.

“Yes, the march has been cleared,” Dzatsunga said.

“The Apex Council and ordinary membership will participate in the protest. The march will start from the Public Service Association at 10am to Kaguvi Building, where a petition will be handed over to the Minister of Labour or whoever is representing her.”

The civil servants have been pleading poverty due to the soaring prices of basic goods, fuel and electricity being charged using the United States dollar as the reference point against the ever-plunging value of the local currency to the greenback.

The Apex Council, made up of 14 public sector unions excluding health workers and security services, has been pressuring government for a salary valued along the US$ interbank rate, but government has flatly refused.

Instead, government has been offering cushioning allowances, hardly enough to match the skyrocketing prices of goods and services.

This forced the government workers to declare incapacitation last month while doctors downed tools over two months ago to try to force their employer to adjust salaries, but nothing has changed for them, with government trying hard to politicise the job action.

In a letter to Labour minister Sekai Nzenza, Apex Council chair Cecilia Alexander last month said government workers would embark on a march and hand over a petition to the former’s office.

But asked yesterday if they think the march would achieve results since they will be submitting a petition to government raising issues the employer already knows but has been unwilling to adjust, Dzatsunga said they would push for a meeting tomorrow.

Mnangagwa is growingly under pressure from his workers.

The least paid earns about $1 023, equivalent to US$50 on the parallel market, an amount hardly enough to sustain their well-being.

Teachers have declared incapacitation, with a few reporting to work, while the majority who decided to stay at home are receiving threats.