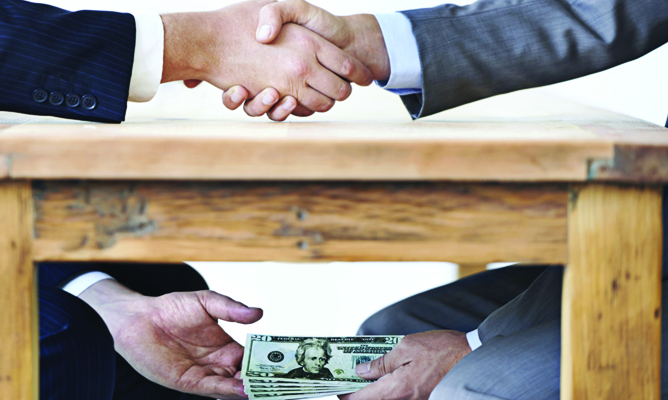 The Anti-Corruption Trust of Southern Africa (ACT-SA) has expressed concern over gaps that still exist in the enforcement of Zimbabwe’s anti-corruption laws and policies.

In a statement yesterday, Act-SA said the existing laws were sometimes selectively enforced as there were “untouchables” who were exempted from scrutiny because of their high-profile positions.

ACT-SA, in a civil society shadow report presented to the United Convention against Corruption (UNCAC) implementation review process in Zimbabwe’s second cycle, said most of the country’s anti-corruption laws were not being implemented, hence the proliferation of corruption cases

“However, despite having several anti-corruption laws, policies and institutional arrangements in place, their effectiveness becomes questionable considering the ever-increasing cases of corruption,” part of the report read.

The report also flagged lack of political will and inadequate resources deployed to anti-corruption institutions as significant drawbacks in fostering effective corruption prevention and an effective stolen asset recovery regime.

“The Constitution of Zimbabwe and the Zimbabwe Anti-Corruption Commission Act [Chapter 9:22] are among some of the existing laws,” ACT-SA official Obert Chinhamo said.

“Furthermore, Zimbabwe developed the Transitional Stabilisation Programme (2018–2020) that identified corruption as one of the national challenges that require attention. In addition, the Zimbabwe Anti-Corruption Commission (Zacc) and the Office of the Auditor-General carry out system reviews and audits that unearth corruption and other irregularities. However, ACT-SA is concerned that recommendations from the Auditor-General have largely been ignored and thus, the integrity of public accounting is not preserved. The audits are largely perceived as merely academic with no meaningful policy reforms.  Whilst the current Auditor-General has done commendable work; there have been delays in finalising audit reports. The Audit Office Act [Chapter 22:18] requires the Auditor-General to examine public accounts and thereafter submit a report to the Finance minister no later than June 30 of each year. However, at the time of publishing the ACT-SA report, the 2019 audit report was yet to be finalised.  The failure to timeously produce an audit report compromises principles of public finance management and limits the effectiveness of audits as an intrinsic tool in the detection and deterrence of resource abuse, and is important in identifying corruption risks and vulnerabilities in public finance.”

Chinhamo red-flagged the National Anti-Corruption Strategy and Action Plan for 2020-2024, launched on July 11 last year, saying it was crafted without input from civil society groups.

ACT-SA recommended a more robust framework for the prevention of corruption within the private sector.

“The existence of cartels in the fuel sector and monopolies in the pharmaceutical industry serve to drive up the costs of basic goods, which adversely affect the general population. The fact that Sakunda and GreenFuel (Pvt) Limited enjoy a monopoly in the fuel sector is indicative of the need for more robust policy and legislation on private sector corruption regarding monopolies in the different sectors.”