Source: Activist ploughs funds into project – The Standard May 12, 2019 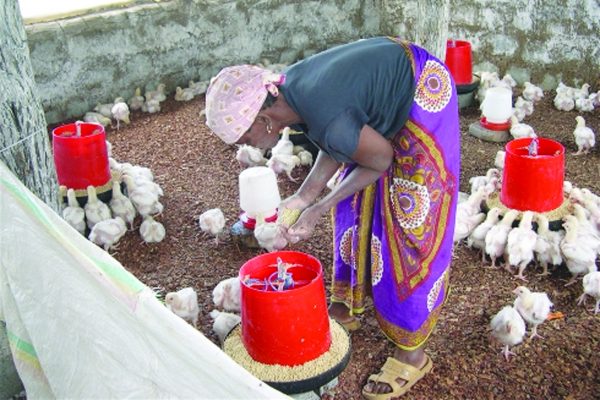 Legal Monitor
From the money she received as compensation from government, a prominent human rights defender has started a poultry project.Lynette Mudehwe, who successfully sued for compensation after being harassed by the police, has invested the money in a fowl run and some chicks at her family home in Mutare city.

“We are trying to show that although the money might seem little, we can still use it wisely,” Mudehwe said, expressing hopes of growing the project.

“Using that compensation, we can produce. We have the capacity as activists to play a critical role to take this country forward.

“As activists, we are showing our passion for this country by being productive,” said Mudehwe.

She was assaulted by Zimbabwe Republic Police (ZRP) officers when the law enforcement agents crushed an anti-government protest in Harare in 2016.

She sustained some injuries and extensive bruises as a result.

This compelled the human rights activist to engage lawyers from Zimbabwe Lawyers for Human Rights (ZLHR), who issued summons on her behalf demanding monetary compensation for the violation of her fundamental rights, resulting in the magistrates’ court granting her the order for compensation.

$6 210 to Mudehwe in March this year as compensation for violation of her fundamental rights following the unlawful arrest and assault.

“It is not about getting money from the state. It is about holding those who govern us to account, it is about trying to end impunity. It must be costly to violate the rights of the citizens,” she said.

Citizens, she said, should be made aware that they are not entirely without “means and ways” to fight the state.

“If a government gets into power and decides to violate the rights of citizens, the citizens have recourse through the justice system and this is what happened.”

ZLHR took on Mudehwe’s case as part of its anti-impunity campaign supported by the European Delegation to Zimbabwe.

Mudehwe described such support as critical to fight impunity. “It is every Zimbabwean’s right to seek justice through the courts when their rights are violated by any arm of the state.

“The courts must make them respect the law,” said Mudehwe, adding: “It is the reason we brought these civil cases, thanks to human rights lawyers who helped us.

“As mere civilians struggling to afford basics such as food, we would never be able to fund ourselves to challenge the unlawful arrests, the detentions and all these other violations.”