Long discussions with my friend and business partner, Tendai Ruben Mbofana, have finally unearthed why Africans have shown virtually no progress in escaping poverty or in achieving freedom in the give-or-take half-century since they gained independence (39 years for Zimbabwe but that’s still a very long time). 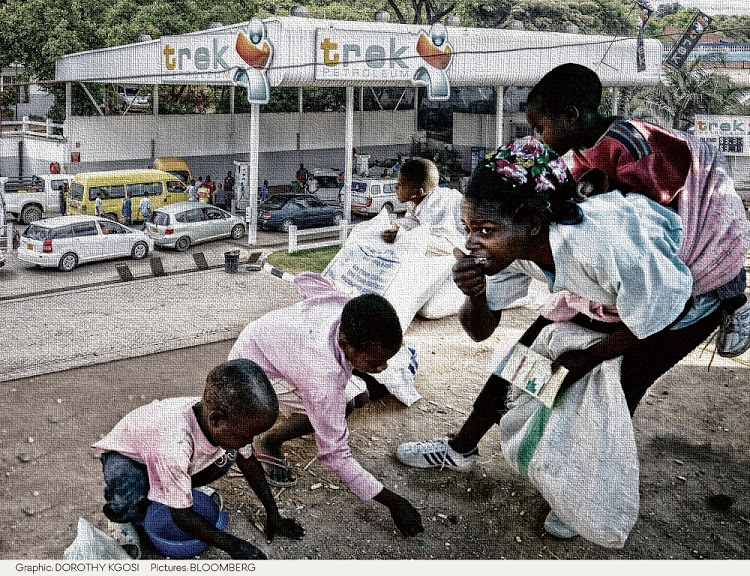 Indeed, the huge majority of Africans – just as in Zimbabwe – are actually worse off now than they were under colonial rule. Worse than under colonial rule? That is probably the biggest insult anyone can throw at the so-called ‘Independence’ movements. Because the one thing Africans are not under their own governments are “independent”. And they certainly are not free.

Why is this situation persisting? It is actually very simple. Almost every activist, campaigner and CSO is focusing their efforts on trying to get the government to change. But after decades of trying haven’t they realised that, when it comes to corrupt, oppressive governments, as Zimbabwe’s and almost all of Africa’s are, it is actually ridiculous and totally unrealistic to expect them to change their ways?

Why haven’t Africa’s activists and CSOs learnt that in virtually no country in the world has the government been the instigator of the move to take its citizens out of poverty and into affluence? And NONE has willingly swopped its quasi-dictatorship for a properly functioning democracy! With very few exceptions (and never in the circumstances that exist in Africa or Zimbabwe), they have only ever done so when forced by their own citizens.

So who were the instigators and leaders of such moves? Almost invariably, it was the country’s own activists, campaigners and CSOs, but never by using the tactics Africa’s ones do because these have always failed, and failed badly, sometimes leaving citizens worse off than they were before.

What this means in effect is that if a government is oppressing its citizens and keeping them in extreme poverty, as is the case in Zimbabwe, then it is 100% and entirely the fault of its activists, campaigners and CSOs. Because it is they, and they alone, who have the responsibility to find out how to make a nation do what needs to be done to take its citizens from poverty to affluence, and then to both educate the citizens in what needs to be done, and lead the campaign to get it done. And this Zimbabwe’s leading activists and CSOs have completely failed to do.

Make no mistake. If you go about it in the right way, it is possible to get corrupt, oppressive governments to change. It is not so long ago in historical terms that the citizens of every European country were in as bad poverty as any in Africa now, and ruled by governments as corrupt and oppressive as any in Africa. The difference – the only difference – between them and Africa is that their activists, campaigners and CSOs took the trouble to learn what must be done to take their citizens from extreme poverty to their present affluence, and they did it. So now they are free and affluent.

But the system they used has never been followed by any African activist, campaigner or CSO, and that is why African citizens are in the state they are in – it’s not to do with the governments, it’s to do with the activists, campaigners and CSOs.

Now, you would have thought that after 39 years of hitting their heads against an apparent brick wall of corrupt, oppressive government and getting nowhere, Zimbabwe’s leading activists and CSOs would have been desperate to learn what to do – especially when they heard that done right, it would take only weeks or months to create the massive change necessary, and certainly not the 39 years its taken so far.

So we assumed all that was needed was to show them how, just by applying in Zimbabwe what the citizens of ALL the Western nations had done to free themselves of corrupt, oppressive government – and, what’s more, do it literally within weeks – they would bite our hands-off.

And that is where we went wrong. Tendai and I approached several of Zimbabwe’s leading activists and CSOs, as well as other likely candidates. And, far from actually wanting to know the ONLY proven route that has ever actually worked, we found them all completely closed-minded to any change and determined to keep following policies that have never worked not only in Zimbabwe and all the other of Africa’s 54 nations, but none of the world’s corrupt oppressive nations as well.

They listen to us but then what do they do? Go out again the next day and repeat yet again the same tactics that have consistently failed ever since colonialism ended!

Not only that, tactics that have totally, completely and utterly failed throughout the rest of the world as well whenever and wherever they have been used against corrupt, oppressive regimes.

I remember the minister of state of another corrupt, oppressive African country telling me he had no fear of activists and CSOs. In fact, his government actually WELCOMED their – in his words – “silly little games” because while they were playing those, they were NOT focusing on the one and only thing he and his government feared: mobilising a well-organised and overwhelming force of citizens. Because, as he said, that is the only way his government could be defeated. As he said, activists and CSOs “trouble us no more than a flea on an elephant.” (Incidentally, he said the same of the opposition political parties, and that certainly also applies in Zimbabwe to MDC and the other political parties)

So you activists and CSOs are using the tactics the government actually WANTS you to use because, while you are using them you are NOT doing the one and only thing that all corrupt, oppressive governments fear.

Why can’t you see that?

If I sound frustrated, you would be right. Now, I don’t object to you wanting to play what that government minister called your “silly little games” if that is what turns you on. But what I do object to is that Zimbabwe’s 17 million citizens are relying on you and you alone to show them the right way to freedom and prosperity. And you are letting them down. In fact, it is YOU who are helping the government to keep them in poverty, destitution and oppression. It is about time you got it right. After all, you’ve had 39 years to do so.