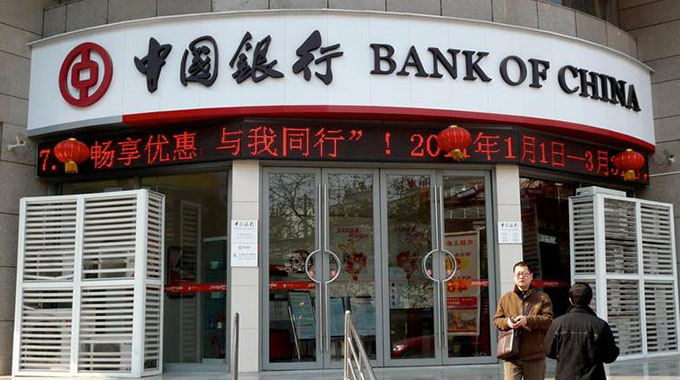 Tawanda Musarurwa Senior Reporter
The adoption of renmimbi/yuan as a reserve currency, will help the country repay loans and grants from China, the Reserve Bank of Zimbabwe has said.

Zimbabwe and China have strong bilateral relations, with the latter having extended billions of dollars in loans and grants to the former. The official figures show that in 2016 trade between the two countries amounted to $1,24 billion.

The bulk of reserves for most countries in the region are also invested in United States dollars. Their composition through, has not kept pace with large shifts in the world economy. I have been following global discussions on the use of the renmimbi as a reserve currency. China and India continue to shape global trends particularly as they remain major trade partners for the region.

“Most countries represented here either have loans or grants from China and it would only make economic sense to repay in renmimbi. This is the reason why it is critical for policy makers to strategise on progress that the continent has made to embrace the Chinese renmimbi, which we all know has become what may be termed ‘common currency’ in their trade with Africa,” said the governor.

MEFMI is the Macroeconomic and Financial Management Institute of Eastern and Southern Africa, whose headquarters is in Harare.

Since 2009, the People’s Bank of China (PBoC) has moved aggressively to establish bilateral swap arrangements with other central banks in order to facilitate and expand the use of the renmimbi in international trade and financial transactions.

Dr Mangudya intimated that the use of the renmimbi as a reserve currency may have broader positive outcomes for central banks.

The magnitude and management of reserves can have profound effect on markets and central bank balance sheets. Reserves managers face important decisions on their asset allocations, including currency composition and asset classes, to ensure that the reserves meet the key goals of safety, liquidity and return,” he said.

“I am aware that in most MEFMI member countries, the size of the preferred habitat of reserves and short-term government debt has not kept pace with the increase in reserves. This can have profound effects on interest rates on the one hand, and on the other hand on decisions of reserve managers who have to move outside the preferred habitat, with all the attendant potential consequences on the balance sheets of central banks.”

Zimbabwe has been using the multiple currency system, which was adopted in 2009, but this has been accompanied by persistent liquidity challenges, which have had debilitating effects on efforts to steer the economy on a sustainable growth path. Some observers say increased use of the Chinese currency can help prevent the effects of the present liquidity crunch that is negatively affecting business.