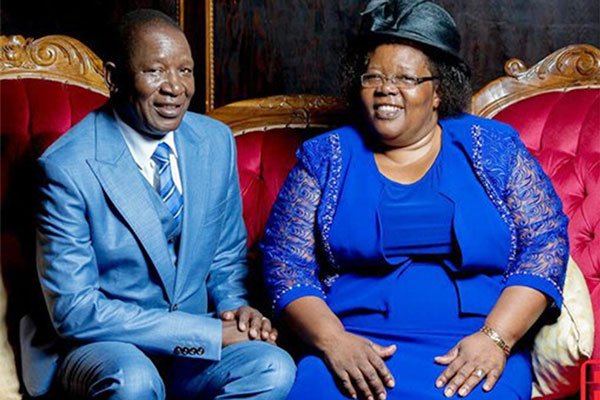 Chiangwa said anyone still backing Madziyire’s leadership was following a new church, with a new culture and constitution, which was alien to the AFM in Zimbabwe.

Chiangwa stands accused of staging a “coup” to oust the Madziyire leadership at the AFM annual Rufaro Conference in Chatsworth, Masvingo.

However, Madziyire has fired back claiming he has suspended Chiangwa and his allies, a move which the latter has defied and told The Standard Style that the purported suspension was a laughing matter as a lower body, the Apostolic Council, could not overturn a resolution of the National Workers Council.

“It is that National Workers Council, which is the highest body in the church, which had 1 562 delegates who passed a unanimous vote of no-confidence on Dr Madziyire and others,” Chiangwa said.

“The suspension, therefore, is a nullity because a leader of an organisation cannot suspend another from a different organisation.

“The differences in the church led to those who felt that they were the majority whose rights had been violated by the administration of Dr Madziyire to convene a National Workers Council on September 22 according to the constitution of the AFM and review the situation in the church, which mainly included the improper adoption of the draft constitution on September 15.”

Chiangwa said anyone still backing Madziyire’s leadership was following a new church, with a new culture and constitution, which was alien to the AFM in Zimbabwe.

AFM secretary-general reverend Amon Madawu said he could not entertain The Standard Style since there were people whom they were dealing with to publish their stories.

“There is nothing positive that you can write about our church. We prefer to deal with those we are dealing with because they understand us very well,” he said.
Meanwhile, elections to choose the new president were scheduled for yesterday, but we could not obtain the outcome of the vote by the time of going to print.