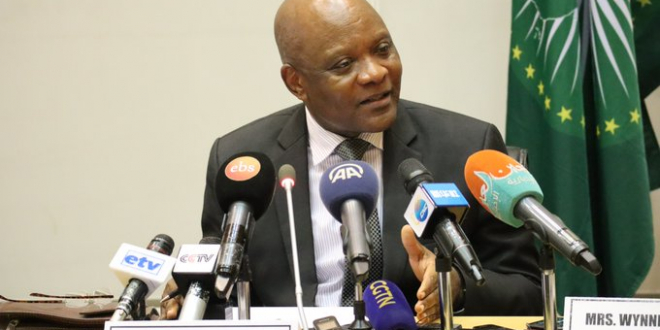 BY SILENCE MUGADZAWETA
The only way Africa can protect its population against continued Covid19 infections is by taking the respiratory virus’ vaccine, Africa Centre for Disease Control and Prevention (CDC) director John Nkengasong has said.

Speaking at a CDC weekly press briefing, Nkengasong said Africa was not initially hit hard by Covid19 as previously anticipated due to concerted efforts by African governments in combating the epidemic.

“During the first wave of the pandemic we were not affected the way it was projected and this is thanks to concerted efforts that were done across the continent -efforts led by heads of States, efforts led by the African Union Commission, Africa CDC and WHO in coordinating activities across the board,” he said.

“When the pandemic hit Egypt on the 14th of February, the chairperson of the African Union Commission, Moussa Faki Mahamat convened a meeting which was attended by ministers of health when we had only two cases on the continent and developed a joint continental strategy.”

He added: “Ministers left Addis Ababa on the 22nd February with clarity of actions to take.”
Initially, according to WHO, it was anticipated that nearly a quarter of a billion people across Africa would be affected by coronavirus during the first year of the pandemic, and up to 190,000 of them would likely die if not controlled.

Turning to Africa’s contribution to the development of Covid19 vaccine, Nkengasong said that Africa CDC have proposed to the continental leadership that Africa needed to adopt a new public health order where local manufacturing of vaccines was guaranteed.

Lately, there have been concerns that most African economies have played little or no role at all in the development of Covid19 vaccines.

The African Union recently secured an additional 400 million doses of coronavirus vaccines on top of the 270 million doses that have already been secured.

It is estimated that Africa would need 1.5 billion doses to immunize 60% of its population, at a cost of between $7 and $10 billion.