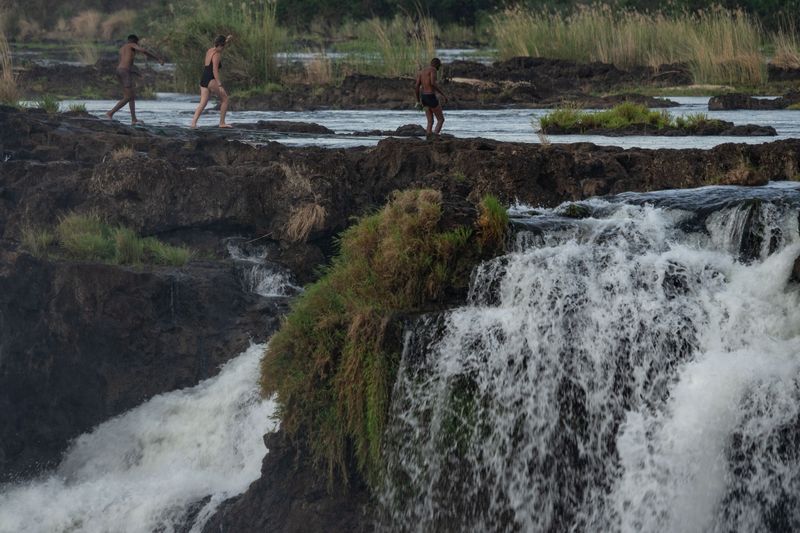 The Zambezi river at the edge of the Victoria Falls on Dec. 10, 2019. Photographer: Zinyange Auntony/AFP/Getty Images

Long-suffering Zambians and Zimbabweans finally may have something to cheer: daily power cuts that have lasted as long as 18 hours may soon diminish as floodwaters cascade toward the near-empty hydropower dam that’s their biggest source of electricity.

Fed by recent heavy rains in Angola, the Zambezi River is carrying a torrent of water that will tumble over the Victoria Falls before arriving in Lake Kariba. The two southern African nation’s depend on the world’s biggest man-made freshwater reservoir for almost half of their electricity generation, but dam levels are currently less than 12% due to the worst regional drought in almost 40 years.

Water flows near Zambia’s border with Angola in February peaked at levels last seen in 1978, according to data from the Zambezi River Authority, jointly run by the Zimbabwe and Zambian governments.

That water has now filled vast floodplains in western Zambia and is coursing toward Kariba. Flows at Ngonye, 400 kilometers (250 miles) upstream from Kariba, almost trebled over the last two weeks to 3,307 cubic meters a second. That’s more than three times the amount a year ago, when the river was straining under the worst drought in four decades.