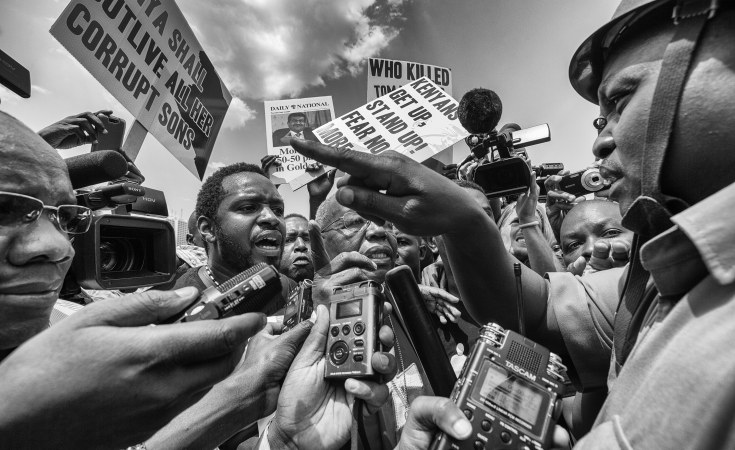 BY PROBLEM MASAU/VARAIDZO MUDEWAIRI
AN Africa Media Convention meeting held on May 3 in Arusha, Tanzania has revealed that journalists on the continent experience constant surveillance, intimidation, harassment or even lose lives at the hands of their respective governments.

The meeting, which was attended by African editors culminated in the Arusha Declaration released on May 4’s World Press Freedom Day commemorations.

“In many African countries, the laws passed to address the phenomenon generally known as ’false news‘ or ’fake news‘ are broadly worded, and to date have solely been used to clamp down on the legitimate expression and operations of political dissenters, journalists and independent content producers,” M’ule said in a statement.

“Criminalisation of free speech online, notably through laws that purportedly aim to fight ‘fake news’ and ‘false news’, requirements for digital media and independent content creators to be licensed and to pay annual fees, coupled with intimidation, arrests and prosecution of journalists and online content creators, present key concerns,” she added.

Currently the Parliament of Zimbabwe is amending the Private Voluntary Organisations (PVO) Amendment Act, which is viewed as a law meant to muzzle the work of civic society organisations and stifle media freedom and freedom of expression ahead of the 2023 general elections.

In the Arusha Declaration the Southern Africa Editors’ Forum recommended the repeal of laws and practices that hamper the ability of journalists to operate freely.

“The newsroom should be made safe for female reporters. There have been reports in African newsrooms of women journalists being harassed by their male counterparts and sources,” the declaration read.

The assembly also recommended that female journalists should not be impeded from rising up the structural ladder and that there should be meaningful and equitable representation of women at the annual Africa Media Convention and other media-related workshops, conferences and conventions.

Meanwhile, in a 2022 Reporters Without Borders Index, Zimbabwe was ranked near bottom at 130 out of 137 countries in terms of promoting media freedom.

Media Institute of Southern Africa (Misa) Zimbabwe said Zimbabwe’s low rating was due to its failure to promote media freedom and its harsh laws.

“The report noted that extremely harsh laws are still in effect and, when new laws have been adopted, their provisions are just as draconian as those they replaced,” Misa Zimbabwe said.

Some of the laws said to be stifling media freedom in Zimbabwe include the Official Secrets Act and the Cyber Security and Data Protection Act, which was recently enacted.

The report said although the levels of violence against journalists had significantly declined under President Emmerson Mnangagwa’s administration, they linger through threats and intimidation resulting in self-censorship of journalists to avoid reprisals.

Police were also said to be disproportionately using force to confiscate journalists’ equipment.