Agriculture key to reviving our economy 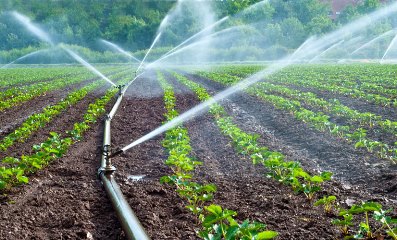 20 August 2019
EDITOR – Agriculture has to be at the centre stage in plans for the
revival of our country’s economic recovery.  Our economy has always been
agro-based and as long as individuals and the government fail to invest in
agriculture the chances of our economy recovering are going to be slow and
painful. Getting agriculture moving in Zimbabwe is a big task.The controversial land reform of 2000 has left many outstanding
challenges; not least the importance of compensating former farm owners.
But the biggest challenge is that, with new ownership patterns, there is
very little production while many farms remain fallow.Many farmers who were given the biggest pieces of land are only utilising
only a quarter if not less compared to what we used to see before the land
redistribution programme.  Today there are many small-to- medium sized
farms, rather than a few major players.

Do we have production in all these farms? The truth is that Zimbabwe’s
economy should be centred on agribusiness.
Zimbabwe’s arable land surface is relatively small compared to major food
producers in Africa, but its agriculture was rather well performing from
1961 to 2001 (up to 10 percent of African maize production in 1985).

There are five natural regions that make up Zimbabwe. The first three
regions are used for producing crops. Most maize and staple food was
produced by small-scale communal farms, while larger commercial farms
focused on cash crops like tobacco, paprika, fruits, flowers and beef
exports, providing much-needed foreign currency for imports.

Zimbabwe tobacco sector is the largest grower of tobacco in Africa, and
the 6th largest in the world. Tobacco is Zimbabwe’s leading agricultural
export and one of its main sources of foreign exchange.

Fifty-four percent of Zimbabwe’s tobacco exports were sold to China in
2015. Since land reform began in 2000, most of the white-owned commercial
tobacco farms have been seized by the government and redistributed to
small-scale black farmers.

Production of tobacco was disrupted, and the harvest fell by 79 percent
between 2000 and 2008.  However, the industry recovered after the contract
system was introduced in 2008.

In 2014, Zimbabwe produced 217 million kg of tobacco, the third largest
crop on record. We need value addition in agriculture.
As a nation, we need to be serious about agriculture if our economy is to
be revived. Government has to make a decision that those who are keeping
farms for prestige and speculation reasons should surrender to those who
are able.

Those who got land should fully utilise it. The country can’t continue
importing food when there is so much under-utilised land.
Nzara.