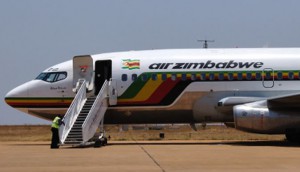 AirZim has been in the red since 2010, when it posted a $55 million loss, with further write-downs amounting to $34 million the following year.

DEBT ridden Air Zimbabwe (AirZim) suffered a combined $270 million loss during the eight years to December 31, 2017 due to serious erosion of load factors and a plunge in passengers, a confidential report obtained by The Financial Gazette has revealed.
AirZim has not been tabling its financial statements before Parliament, a violation of the Public Finance Management Act.

And government has kept the public in the dark over a vicious cycle of debts and plummeting revenues that have crippled the 74-year old airline.