Source: All systems go for June examinations — Minister | The Herald

Candidates registered for Zimsec O-Level and A-Level exams will write as scheduled, beginning today, with provinces across the country now ready for the exams and phased reopening of schools.

Some teacher unions, Junior Members of Parliament and the Zimbabwe Deaf Trust are still worried that even with safeguards, many candidates may have problems getting to the centres and many are not prepared to write since schools have been closed for almost four months. They thought the exams should be delayed further.

Most candidates writing the mid-year exams are repeat students, hoping to improve their results from the last November exams.

Announcing the progress in Harare yesterday, Primary and Secondary Education Minister Ambassador Cain Mathema stressed that all obligatory processes have been put into place to ascertain “the safety of candidates and invigilators during the course of the examinations”.

“To this end, thermometers, disinfectants, face masks, wash facilities and hand sanitisers have been procured for all examination centres to protect from Covid-19. Examination centres have also been disinfected in line with Ministry of Health and Child Care guidelines.”

Minister Mathema thanked the First Family, the inter-ministerial taskforce against Covid-19, headed by Vice President Kembo Mohadi, the Ministry of Health and Child Care, and other stakeholders for making the June exams a reality through their “guidance and assistance” in readying the centres in tandem with the World Health Organisation guidelines.

The June 2020 examination period for O-Level will run from today to July 20, while the A-Level sessions will begin today and end on July 23.

Appearing before the Parliamentary Portfolio Committee on Primary and Secondary Education chaired by Mrs Priscilla Misihairabwi Mushonga, alongside the Education Ministry’s permanent secretary Mrs Tumisang Thabela, junior parliamentarians and a Zimbabwe Deaf Trust representative expressed concern over candidates’ preparedness for the June and November exams, and the general state of readiness across the country. 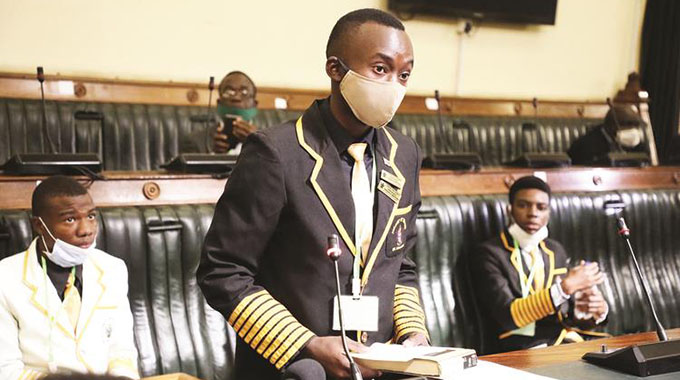 The committee voiced apprehension that some schools had not received thermometers for temperature checks when the examinations were starting today. Legislators were of the view that some candidates, especially those not in uniform, could experience challenges passing through police checkpoints without permits, and that this could lead to others failing to sit the examinations. The pupils represented by Junior Minister of Primary and Secondary Education Tanaka Matiza said they had missed four months of lessons, and some of them, particularly those in rural areas did not have access to online lessons.

Besides the issue of transport, he said, pupils have not been adequately taught since most teachers were not working due to Covid-19 lockdown regulations.

“Transport will also be a challenge for these children to move from their homes for the examinations. Some could not afford online lessons while we feel radio lessons were exclusive of children with disabilities, especially the deaf,” she said.

Mrs Thabela, however, allayed such fears, indicating that her ministry is ready, not only for the June examinations, but the phased reopening of schools.

She said most of the requirements were now in place as teachers would be given permits to travel to their schools, while Zupco has offered to transport candidates who will be in uniform; adding that the Government has released $85 million towards reopening of schools.

“We are getting ready for tomorrow. We are aware of areas without water and the Ministry of Lands, Agriculture, Water and Rural Resettlement has received funds to drill boreholes while at some schools we will be looking at temporary water supplies such as bowsers,” she said.

In Mashonaland West, two schools which were being used as quarantine centres have since been cleared of returnees, and fumigated.

Returnees who were quarantined at Jameson High School in Kadoma have been moved to Mazvikadei Resort, while those at Vhuti Secondary School were moved to Chinhoyi Public Training Centre.

He said schools were working with Zimsec and the Ministry of Health and Child Care to ensure that both candidates and invigilators are safe.

Mr Mhumha added that concerted efforts were being made to ensure the province was prepared for schools reopening, with most schools coming on board to produce face masks and sanitisers.

Mashonaland West inter-ministerial taskforce on Covid-19 chairperson, who is also the Minister of State for Provincial Affairs and Devolution, Mary Mliswa-Chikoka said the province was going to use Chinhoyi Provincial Hospital Gen Xpert machine to speed up tests for teachers in preparation for schools reopening.

She also said efforts were being made for teams from the Ministry of Health and Child Care to be deployed to conduct the rapid screening tests.

Acting Midlands provincial education director, Mr Jameson Machimbira said boarders were expected to be travelling to their destinations ahead of their first exam today.

He said the rest of the candidates are, however, expected to be at their examination centres on the exam day.

Mr Machimbira emphasised the need for safety to pupils in schools, saying it was not the responsibility of the Ministry of Primary and Secondary Education alone. 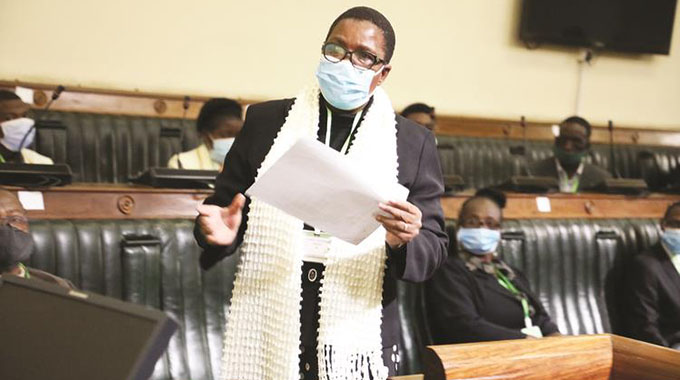 Preparations for the phased reopening of schools in Manicaland are ongoing with the Provincial Education Department launching personal protection equipment production programmes in all districts.

Provincial education director Mr Edward Shumba said most schools in the province had shown that they were ready to receive their examination classes.

He said transport to schools for boarders was being arranged by individual schools, most of which have already made sufficient plans to that end.

“With our day learners, we believe that most of them are enrolled in schools within walking distance from their homes, but we do have exception where children travel to schools outside their zones.

“Arrangements for these pupils will be made by individual heads. We are saying schools should engage the District Schools Inspectors, and supply the specific number of children outside the school zone so that arrangements can be made with Zupco to ferry those learners to school,” he said.

Mr Shumba said teachers in the province have been trained for invigilation of examinations in line with Covid-19 requirements. He said those who have received training will be expected to cascade what they learnt to other teachers for a smooth flow of examinations.

“On testing, we have 20 060 teachers in the province, so we have made plans for each school to facilitate the testing of its teachers. We are in constant touch with schools to render assistance where we can to ensure everyone is ready for the reopening of schools,” he added.

Most learners were making frantic efforts to get to their schools yesterday.

Gabriel Musemani, an Upper Six pupil at Kwenda Mission in Hwedza said he had made his own arrangements to get to school.

“We did not pay for second term fees and school authorities are saying they are incapacitated to ferry us to school. Also, those of us sitting June exams are a few, so my classmates and I made our own arrangements,” he said.

In Mashonaland East, schools are ready for reopening. Although schools in Marondera are good to go, there is need for additional face masks and sanitisers.

Marondera East Member of the National Assembly Patrick Chidakwa said they were ready for schools reopening, and emphasised the need for constant supply of protective clothing.

UMAA group of schools principal Dr Cleopas Kundiona indicated that they were ready to reopen, and are donating face masks to schools in rural areas.

“On ferrying boarding learners, no school had approached us. However, for day school ones we encourage our inspectors to assist learners as they will be easily identified thorough their uniforms,” he said.