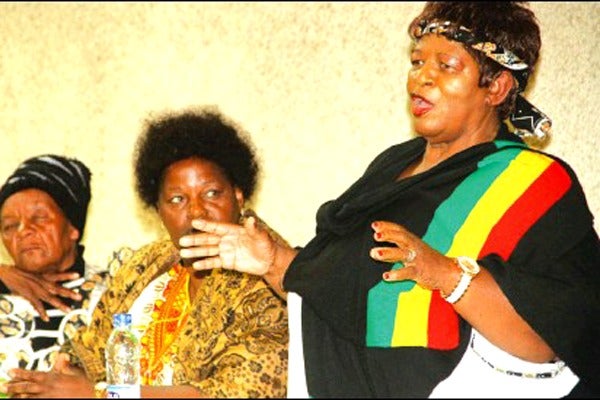 It boggles the mind that out of the more than 260 Members of Parliament, it only took Senator Omega Hungwe to advance a motion in Parliament to petition legislators to consider reviewing “O” and “A” Level examination fees that have shocked and angered many parents countrywide.

By Manuel Nyawo, Our Reader

MPs lobbied for their stake from Finance minister Mthuli Ncube and are now living pretty, yet they forget that they draw their mandate from the various constituencies they are supposed to fully represent them at such crucial moments.

It was shocking that Hungwe happened to be the only individual who had the courage to stand up and speak for the overtaxed people who are failing to make sense why the examination fees have become so exorbitant.

Unfortunately, Cabinet approved the hike, which simply highlighted that Cabinet is constituted by ministers, most of whose children are undoubtedly no longer in school or are studying outside the country.

How on earth can a whole Cabinet sit to make life difficult for its own people? What is the rationale behind increasing examination fees by a whooping 1 250% when salary levels of government workers have never been increased by that margin?

In whose interest was the decision made and how far does it meet the interests of the innocent exam-writing children as they are supported by their struggling parents who are battling starvation owing to last year’s erratic rains and subsequent drought.

If the gainfully employed cannot find it easy to raise such amounts, what more of ordinary citizens in drought-stricken rural Buhera, Chikombedzi, Malipati and other far way areas?

Hungwe must be saluted for advancing the plight of pupils who are the obvious victims of such an unfortunate decision which was not carefully considered. Let’s not kill the future of these children by forcing poverty-stricken parents to draw water from a stone.

School and exam fees must be charged in such a manner that those who do not have the money readily available can raise the money through such activities as piece jobs in the case of our children in the rural areas.

Our colleague teachers doing “ma eke” or extra lessons cannot even raise such amounts and so why make life difficult for more than three quarters of parents whose children are in examination classes?

I also wonder why such decisions are made without involving parents and teacher unions who are important stakeholders when it comes to such important matters?