AMHVoices: The more things change, the more they remain the same 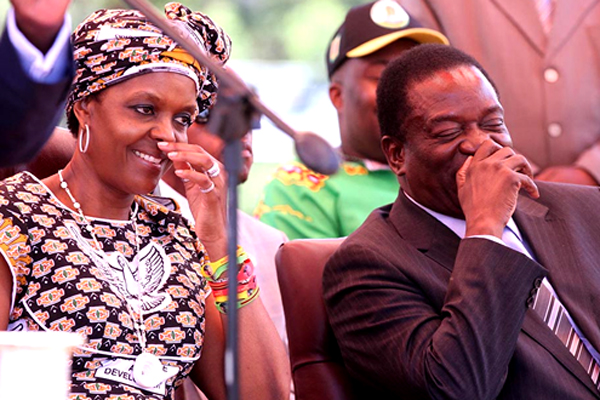 SINCE independence in 1980, Zanu PF has tried by all means to maintain a stranglehold on the Zimbabwe political scene.

By Gwinyai Regis Taruvinga, Our Reader

When President Emmerson Mnangagwa came to power following a coup in 2017, he spoke of a second republic. Mnangagwa distanced himself from the late former President Robert Mugabe’s era and pledged to turn around Zimbabwe through reforms. One of the mantras we were bombarded with was “Zimbabwe is open for business.”

Unfortunately, since then, Mnangagwa has done little to deliver on the promises he made. Rather, what we have continued to see is the same governance style that we had become accustomed to under Mugabe.

Under Mugabe, opposition leaders were always harassed at the hands of State security agents. Under Mnangagwa, very little has changed. After the disputed election in 2018, the army was unleashed and six civilians were killed. When citizens voiced their anger over a sharp increase in fuel prices, the army was again unleashed, killing several unarmed civillians. These events took place within the first 14 months of Mnangagwa’s presidency.

This effectively means that the life of the ordinary Zimbabwean has not changed since Mnangagwa took over.

The prices of basic goods continue to rise, and life has become unbearable for the citizenry. Given the COVID-19 pandemic, life will not become any easier.

One of the reasons many people preach the gospel of democracy is that it is seen as one of the ways through which governments can be held accountable.

Democracy is important during times of crisis as we are currently experiencing with the COVID-19 pandemic.

As noted by Pranab Bardhan, “democracy helps development through the accountability mechanisms it instils for limiting the abuse of Executive power and provides a system of periodic punishments for undesirable government interventions in the economy and rewards for desirable interventions…

Accountability mechanisms are particularly important in averting disasters.” This is a pertinent point, especially when looking at the notion of accountability.

It would be unfair to blame the government for its handling of the COVID-19 pandemic although we have seen that countries with better checks and balances have fared better than most countries.