Another 40 buses added to Zupco fleet

Source: Another 40 buses added to Zupco fleet | The Herald

President Mnangagwa gets a feel of one of the 40 buses he commissioned at Chinhoyi University of Technology yesterday. — Picture: Tawanda Mudimu

Another 40 buses joined the Zupco urban fleet yesterday, with President Mnangagwa commissioning them in Chinhoyi, the capital of Mashonaland West Province.

Mashonaland West, home of the cities of Chinhoyi and Kadoma, plus the municipalities of Chegutu and Kariba, and a spread of smaller towns, will be allocated 21 of the buses, with Chinhoyi University of Technology (CUT) having exclusive use of one. The other 19 will reinforce the Zupco fleet in other provinces. 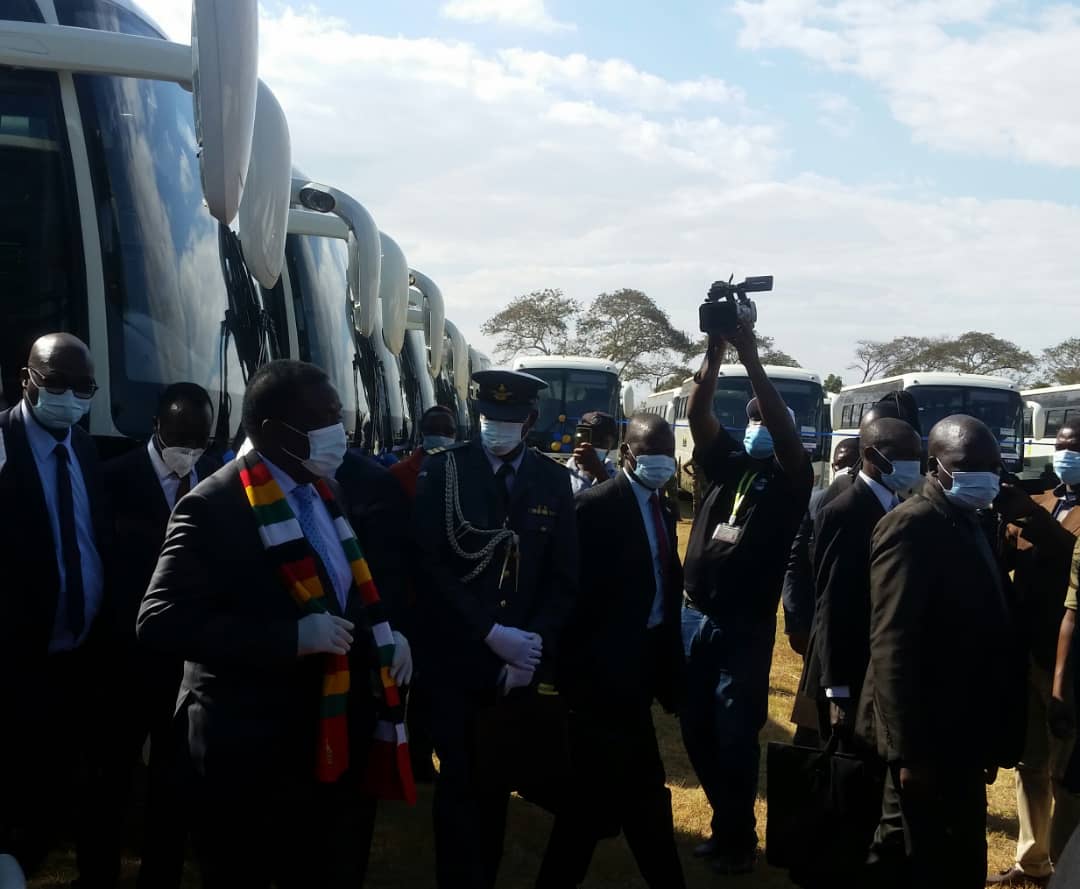 President Mnangagwa at the 4th event of Zupco buses commissioning

The Mashonaland West provincial capital was chosen for the launch in recognition of its role as the launchpad of the Second Chimurenga in 1966 and to mark the country’s 40th independence anniversary.

“The launch of these buses in Chinhoyi is a clear demonstration of the commitment by the Government towards the devolution policy,” President Mnangagwa said. “We shall therefore continue to guarantee inclusive growth through addressing multifaceted development gaps in the implementation of our devolution agenda.

“This is in fulfilment of the provisions in our Constitution, which encourage participatory governance and equitable access to national resources, wealth and public services by all Zimbabweans. 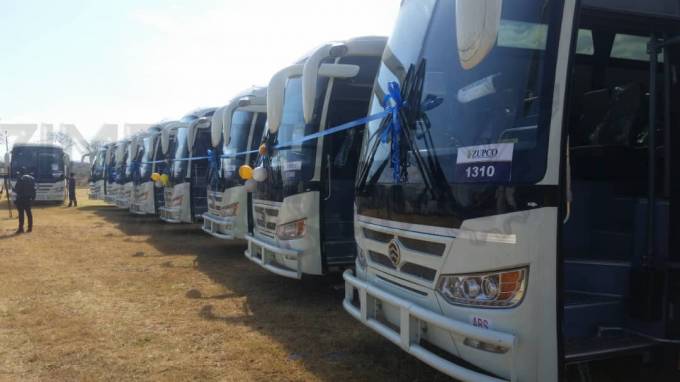 Government had engaged countries that included Belarus and China to procure more buses for Zupco, which would be distributed equally across all provinces.

President Mnangagwa said the ongoing rebuilding of the Zupco fleet sought to provide a safe, reliable and affordable mass public transport system for the commuting public.

“As Government, we are now working on innovative models, which will see the establishment of a sound financial base for each provincial and metropolitan council and local authority.

“The models will be premised on growth and development being initiated and implemented by provinces with central Government playing a facilitator role,” he said.

The President urged Zupco management to put in place measures to prevent accidents and ensure regular servicing and maintenance of the buses.

He also commended Zupco for practising recommended hygienic measures to curb the spread of the Covid-19 pandemic.

Local Government and Public Works Minister July Moyo said the procurement of the Zupco buses was the President’s initiative aimed at improving the livelihoods and welfare of people in the Second Republic.

Speaking at the same occasion Mashonaland West Minister of State, Mrs Mary Mliswa-Chikoka thanked President Mnangagwa for commissioning the buses in her province.

She said the provision of an efficient mass public transport system would contribute to the achievement of Vision 2030 of a middle income society by 2030.

Zupco acting chief executive officer, Mr Everisto Madangwa also thanked Government for recapitalising Zupco. He said the fleet had grown from 78 conventional buses in 2018 to 770 plus 1 000 omnibuses, including franchises.

Zupco’s employees had grown from 372 to 4 500 while depots had increased from seven in 2018 to the current 18 plus another 15 satellite depots.

Meanwhile, President Mnangagwa took the opportunity of the occasion to remind Chinhoyi residents to observe guidelines issued by Government to curb the spread of Covid-19 and urged communities to report returnees who disregarded quarantine regulations meant to protect both the returning residents and local communities.

The President also urged the residents to take part in the National Day of Fasting and Prayer to be held on Monday.