Another fire breaks out at Siya-So market

Source: Another fire breaks out at Siya-So market | The Herald November 20, 2018

Three cars have been reduced to shells after a fire broke out at a scrap yard near Siya-So small-scale industrial area along Cripps Road in Harare today. 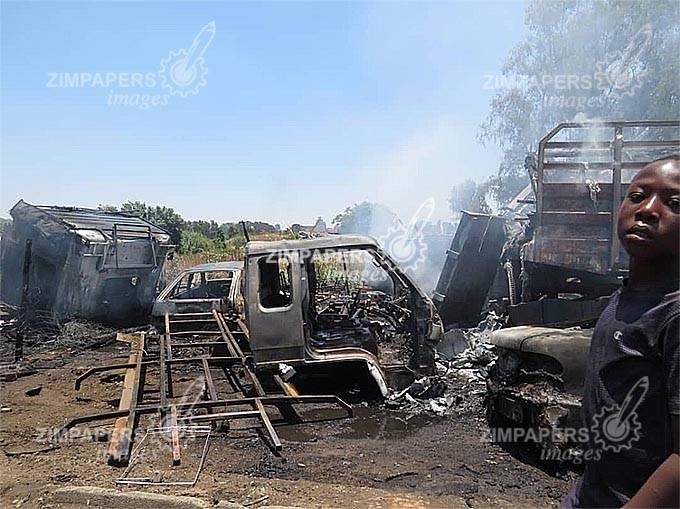 The fire is suspected to have been started by illegal copper smelters at a scrap yard.

The incident follows a number of fire accidents that have been witnessed lately across the country with the first one claiming the lives of 30 people in West-Nicholson last week when a bus they were traveling in caught fire following a suspected gas cylinder explosion. Some victims were burnt to ashes. 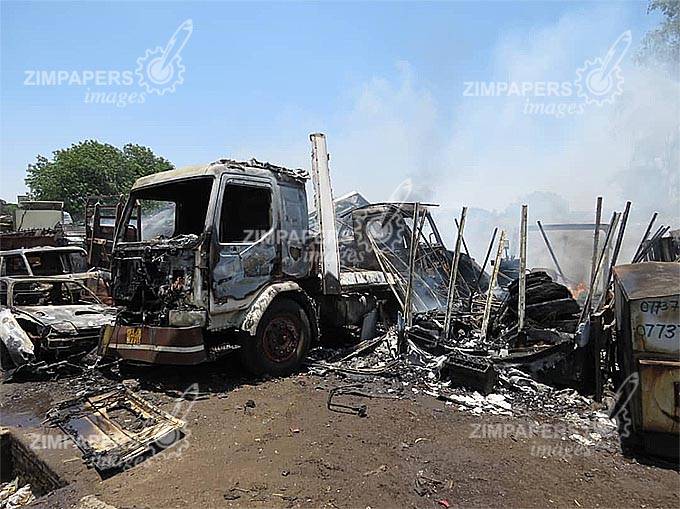 About two thirds of the Glen View Area 8 Home Industry Complex along Willowvale Road in Harare was yesterday destroyed by a fire that broke out in the afternoon, destroying property worth millions of dollars belonging to informal traders. 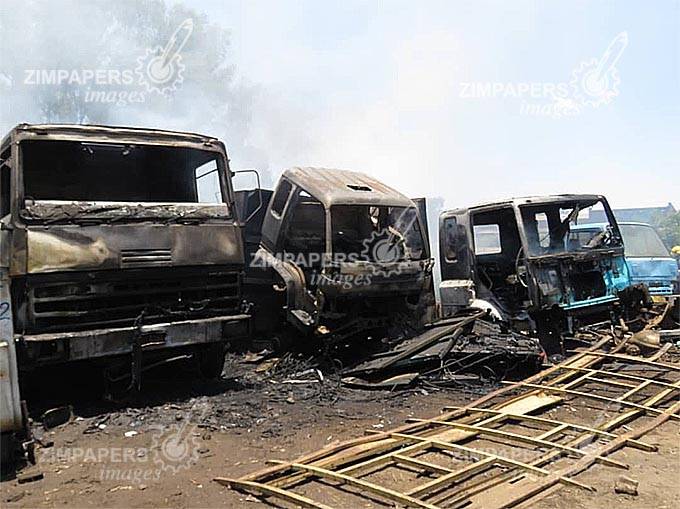 Meanwhile three shops in Kadoma – Edgars, Jet and Coloursel – were last night razed in a blaze causing the destruction of furniture and clothing items worth thousands of dollars.

The fire started around 9pm with officials from the Kadoma City Council reportedly asking the fire departments from Chegutu and Rio Zim for assistance. – Images by Wilson Kakurira.