Another security scare for Mnangagwa 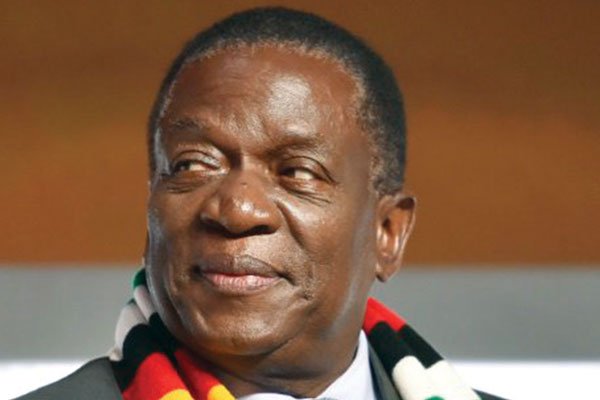 Source: Another security scare for Mnangagwa – The Zimbabwe Independent August 24, 2018

AN off-duty soldier from the Zimbabwe National Army (ZNA)’s elite Special Air Service (SAS) unit last week sparked a major security scare at the Heroes’ Acre after he tried to smuggle a loaded Sig Sauer P226 Browning High Power handgun before he was foiled by alert security details, the Zimbabwe Independent can reveal.

The incident took place shortly before Mnangagwa arrived at the Heroes’ Acre for the annual Heroes’ Day commemorations.

Security staff manning final entry point at the national shrine detected the gun lodged inside the man’s clothes and immediately arrested him and took him into custody at Harare Central Police Station.

According to intelligence sources, state security agents, in co-ordination with police officers, effected the arrest, but a few hours later, officers from the British-modelled army’s SAS unit whisked him away from formal police custody and he is now believed to be under military detention at Inkomo Barracks in Harare.

“A loaded handgun was detected at a standard security screening point and caused a major security scare at the Heroes’ Acre. It was later discovered that the man was a member of the SAS. This was after he had been taken to Harare Central Police Station. People from that army unit then came in the evening and took him away from police custody and that is why you have not seen him appearing in court,” a security source close to proceedings said.

“Currently, no one knows what then happened to him. It could be that he may face internal army disciplinary measures or they have set him free altogether. But the effect of that incident was that the whole programme at the shrine had to be hurried and some items on the programme were omitted for security reasons. If you noticed, the president, after his speech, only went to pay respects to the tomb of the Unknown Soldier and left the place without the customary visits to graves of some iconic heroes like Joshua Nkomo. It was deemed too risky for him to spend more time at the shrine,” the source said.

Another source from the military said: “Since the Bulawayo incident (where Mnangagwa narrowly survived a grenade attack at a rally ahead of the July 30 general elections) guns are tightly controlled and those in the army particularly know this. We wonder why he went there with a gun.”

National police spokesperson Charity Charamba said she was not aware of the arrest.

“I am not aware of that, you may have to check with the army,” she said.

ZNA spokesperson Overson Mugwisi demanded written questions which he did not respond to.

The incident has heightened the security fears around Mnangagwa which became self-evident since the grenade attack. For instance, on the Defence Forces Day commemorations, 24 hours after Heroes’ Day, Mnangagwa turned up at the National Sports Stadium with over 40 plain clothed security officers who completely surrounded his vehicle, itself a recently imported armour-plated and blast-proof Mercedes-Benz S-Class Pullman sedan, complete with all safety features to protect the occupants from any damage.

Mnangagwa shocked the crowd as he avoided walking on the red carpet which had been rolled out for him, preferring to walk on grass.

This comes amid grave infighting within security agencies and escalating political brinkmanship between Mnangagwa and his highly ambitious deputy, Constantino Chiwenga, due to unresolved leadership issues within Zanu PF and over the control of levers of state power.

The Independent has previously reported on the tensions between Mnangagwa and Chiwenga, and also among security forces.

An equivalent of the Unite States marine regiment, the SAS is a highly skilled special forces unit of the army, which undertakes a number of roles including covert investigation, counter-terrorism, direct action and hostage taking and hostage rescue.

It is the most highly trained military unit with cutting-edge expertise in weapon use, parachuting, sky diving and hijack reversal.