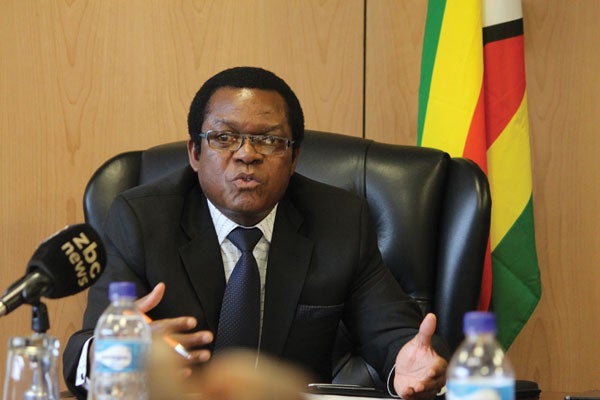 The presidential anti-corruption special prosecution unit has dumped the matter in which the Postal and Telecommunications Regulatory Authority of Zimbabwe director-general Gift Machengete is being accused of violating the Procurement Act.

Machengete’s case has now been handed over to the National Prosecution Authority (NPA) after the special anti-corruption unit failed to commence the trial on several occasions, raising questions on its capacity to handle corruption cases.

Magistrate Hosea Mujaya last month castigated the State for not taking his court seriously by asking for several postponements without cogent reasons.

The trial was supposed to kick off in March this year, but the matter was postponed on several occasions due to the non-appearance of the special prosecutor Thabani Mpofu.

The magistrate then postponed the matter, saying it would be the last time to do so or he would remove the accused from remand.

Mpofu also assured Mujaya that the trial would start on the next remand date without fail.

But Mujaya heard yesterday that Mpofu was in Egypt and the matter was now being handled by Michael Reza from the NPA.

This irked Mujaya, who then asked prosecutor Ephraim Zinyandu whether Mpofu had gone to the north African country on a private visit to watch the 2019 African Cup of Nations soccer tournament.

But Zinyandu told the court Mpofu was in Egypt on official duty.

“Prosecutor Thabani Mpofu, who was handling this matter, is in Egypt on national duty. The matter will be taken over by Michael Reza. However, Reza is appearing at the High Court and we seek a postponement to June 19 to allow Reza to familiarise himself with the case,” Zinyandu said.

But Machengete’s lawyer, Farai Zuva, challenged the postponement, saying his client must be removed from remand as earlier promised by the court that it was the last remand date.

Zuva asked the court to remove his client from remand, saying the trial was supposed to start in March, but has been patient with the State, which has been asking for postponements.

“Mpofu knew about this, but chose to travel knowing fully well that court business takes precedence. The State is only communicating to us now that another prosecutor will be taking over the matter, this court cannot be held to ransom. I apply that the accused be removed from remand, especially considering warnings by this court that it will not tolerate further postponements. The State can always proceed by way of summons once it puts its house in order,” Zuva submitted.

Mujaya said he was failing to understand the problem with the matter.

“It has been postponement after postponement at a trial court. I have always expressed displeasure at the manner at which this matter is being handled. Whether the matter is now being
handled by the special unit … we cannot go on like this,” the magistrate fumed.

“I hope the NPA takeover will bring sanity in the way this case is being handled. I will grudgingly grant one last postponement. If the State is not ready on the next date, no further
remand will be entertained and I will remove the accused from remand.”

The matter was then postponed to June 19.