Bulawayo, Zimbabwe – Off the open-air market in Bulawayo, Zimbabwe’s second city, armed soldiers and police controlled a modest queue of vegetable traders, scuttling people away as soon as they make their purchase.

On a normal day, the marketplace would be a bustling hive of activity. But on Monday, as Zimbabwe entered its second week of a 21-day lockdown aimed at mitigating the spread of the new coronavirus, activity was sharply reduced.

Standing near a neglected mass of open-air empty stalls covered in black sheeting is Mary Gumbo. The 69-year-old usually sells tomatoes here, but now she has to bundle her wares for resale in her neighbourhood. She complains the tight security and transport controls have reduced her earnings.

“I had to get off the bus and walk to get into town because I didn’t have a letter to explain why I was coming to the market. I’ve bought a crate to resell at home, but I need to quickly search for a box and get out of here before the police come back and take my things,” Gumbo said.

“They’ve already told me to leave,” she added, before trying to negotiate with a two-wheeled cart driver to reduce the fare to carry her goods.

But with no loitering allowed, Gumbo did not have much time. 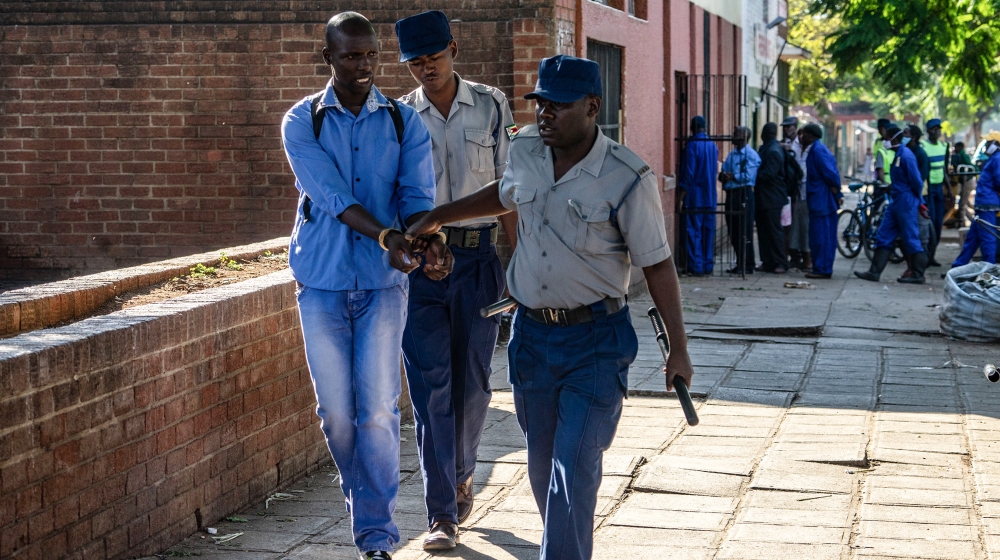 According to police records, nearly 2,000 people were arrested during the first week for defying lockdown laws across Zimbabwe. Scores of people have been rounded up and crammed into police trucks to be held at Bulawayo’s central police station.

Since President Emmerson Mnangagwa on Friday appealed to the security services to “ensure [the] pathway of food supply” and for agricultural trade to continue “undisturbed”, trading controls have slightly eased.

However, the increased security measures to ensure the public comply with lockdown laws risks stoking tensions between the police and an urban populace already buckling under the weight of Zimbabwe’s complex and long-standing economic problems.

And some struggling vendors like 38-year-old Precious Mutasa who survive on their day-to-day earnings, it is uncertain whether Zimbabweans can maintain the lockdown for another two weeks with limited financial means, prolonged water rationing and food shortages. 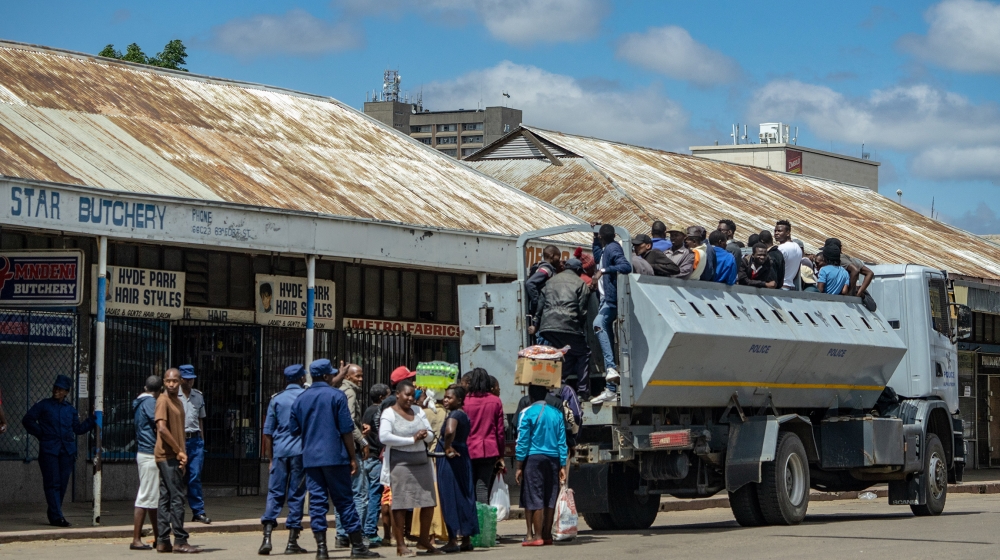 Meanwhile, human rights groups say they fear police are abusing their mandate to make people stay at home as they scale up operations across the country.

Roselyn Hanzi, executive director of ZLHR, said the NGO has issued a letter to the police expressing concern about their conduct during the 21-day lockdown.

“The constitution is very clear that some rights must be limited during this time that the government is undertaking an emergency public health measure,” she told Al Jazeera.

“However, some rights are not limited no matter the circumstance, police cannot subject people to cruel and degrading treatment or torture and they must respect the right to life.”

Paul Nyathi, assistant police commissioner, denied that the police are in breach of human rights laws and urged the public to cooperate with law enforcement officers.

“We are saying people should just comply, there is no need for people to play with their health. There is no need for the people to disregard measures that have been put by the government so that the nation will be able to contain COVID-19,” Nyathi said, referring to the highly infectious respiratory disease caused by the new coronavirus. 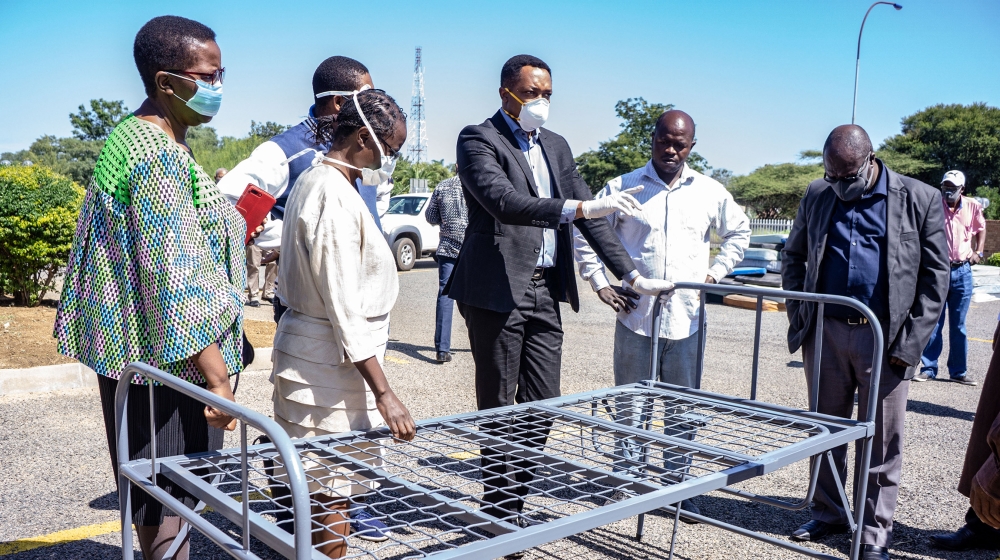 Businesspeople and government officials look at a sample bed for Ekusileni Hospital, an unused private medical facility in Bulawayo that is set to be turned into a COVID-19 testing and treatment centre [Tendai Marima/Al Jazeera]

While municipal workers continue to clean up Zimbabwe’s empty cities and the first steps towards mass disinfection of public areas and busses take place in the capital, Harare, questions still loom over the country’s preparedness for a full-blown COVID-19 outbreak.

So far, Zimbabwe has registered nine cases and one death. Some medics complain of the lack of preparedness and accuse the government of underplaying the numbers of those infected, a charge the Ministry of Health and Child Welfare strongly denies.

However, Health Minister Obadiah Moyo has said the discovery of faulty test kits has slowed down the testing process.

“We received some kits which we are not using because we found that they were defective. We are therefore waiting to receive definitive testing kits because some of the rapid results testing kits we have give defective results,” he told the Daily News.

Currently, the blood samples of those showing symptoms associated with COVID-19 are sent to Harare.

In the event of a confirmed case requiring hospitalisation anywhere outside of the capital, a patient will have to be transferred there for treatment, according to July Moyo, the minister of local government and public works.

Hospitals in other cities identified as potential treatment centres are still being equipped and undergoing major renovations.

Newer Post
Half of Zimbabwe’s population could starve if aid is not received, IMF warns
Older Post
Fact check: Mnangagwa has not suspended rentals