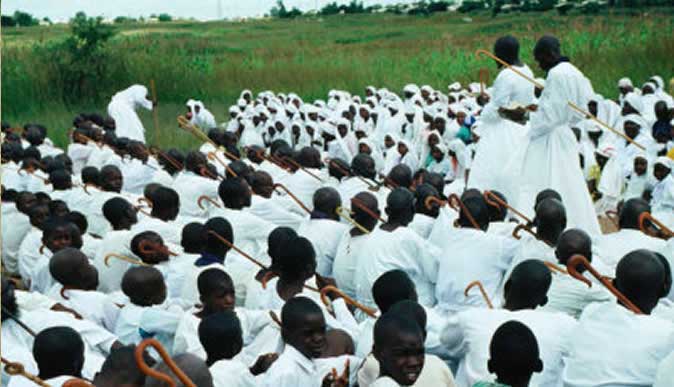 MEMBERS of the apostolic sect have said they were ready to be vaccinated against COVID-19, but the government should bring the programme right at the shrines to speed up the process.

“We are more than ready as Vapostori,” Chiore said. “We are even appealing to the authorities to bring the programme right to the shrines so that we capture all. We are in support of the vaccination programme.”

Chiore, popularly known as Madzibaba Echoes, leads one of the biggest apostolic sects in the country while Zanu PF stalwart Lawrence Katsiru leads another.

The Marondera COVID-19 vaccination programme was initiated by businesses and residents running under the hashtag #MaronderaForHerdImmunityYesWeCan#.

Meanwhile, the campaign has received a major boost after the police, government and big companies rendered massive support.

Some of the big corporates supporting the initiative include Proton Bakeries, Nyaradzo and Doves Funeral Assurance and Marondera Municipality, among others.

Government through the Health ministry is expected to increase vaccination points today especially in the CBD and main bus terminus.

The COVID-19 campaign leader Emmanuel Danha applauded government and stakeholders for supporting the initiative towards achieving herd immunity in the farming town.

“We are going to officially launch the pro-vaccine campaign tomorrow (today) with a simple road show and processions. We started off using social media platforms and it paid off. We applaud all stakeholders, especially the government and the corporate world for coming forward so that we collectively fight this virus.

“The most important and interesting thing is that we have been assured of vaccine availability and we are expecting to double the number of those already vaccinated in no time,” he said. Marondera district, one of the hotspots in the country, is expected to vaccinate at least 122 000 people to achieve herd immunity.