The MDC condemns attacks on Chief Ndiweni over his expression against human rights violations by the military State. 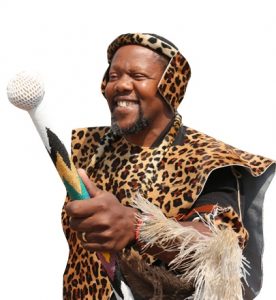 In response, the cult displayed that by all accounts the Chief was right. Matemadanda’s press conference, Nick Mangwana and Energy Mutodi were all inciting and unacceptable.

Within a day of their reckless utterances the Chief was attacked by a Zanu PF mob in Bulawayo who attempted to take his vehicle. It is clear

that vehicles given to Chiefs were meant to convert them into a captured community. This too is unacceptable. Not to mention that Zanu PF was all in defence of Chief Charumbira when he was found on the wrong by the courts for partisan behavior.

Chief Ndiweni has not in any way supported any political party, but castigated violations of citizen rights. If he is on the wrong, there is always

due process. Barbaric attacks on the Chief are unacceptable.

Zanu PF functionaries in government who made reckless statements must be held to account and those who attacked the Chief, intending to

impound his car in Bulawayo must be investigated and brought to Justice.