Addis Abba, Ethiopia: . The Chairperson of the African Union Commission (AUC), Moussa Faki Mahamat is following closely political developments in Zimbabwe as the country mounts concerted efforts in response to the devastating effects of the COVID-19 pandemic.

Source: AUC Chairperson urges authorities in Zimbabwe to uphold the rule of law and protect human rights – The Zimbabwean 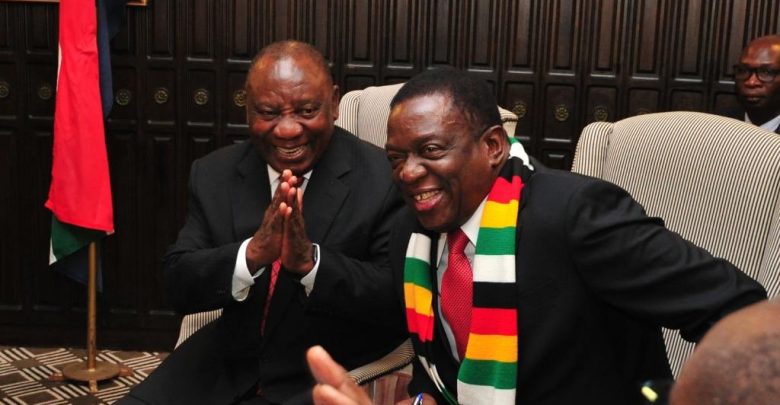 Cognisant of the existing harsh socio-economic situation in the country, the Chairperson
urges the Zimbabwe authorities to respond to the pandemic ensuring that the national
response is premised on human rights as enshrined in the 1981 African Charter on
Human and Peoples’ Rights. The Chairperson is concerned about reports of
disproportionate use of force by security forces in enforcing COVID-19 emergency
measures. He implores the authorities to exercise restraint in their response to peaceful
protests.

In this regard, the Chairperson welcomes the appointment by South African President
and current Chair of the Union, HE Cyril Ramaphosa of two special envoys to
Zimbabwe, namely former Cabinet Minister Dr Sydney Mufamadi and former Speaker of
Parliament Ms Baleka Mbete, both from South Africa.

The Chairperson reaffirms the African Union’s commitment and support to the
government and people of Zimbabwe in their endeavour to deepen democracy in
the country, in line with the African Charter on Democracy, Elections and
Governance.

Newer Post
A President in confusion
Older Post
ZANU PF is not Zimbabwe – so there’s no anti-Zimbabwe campaign!