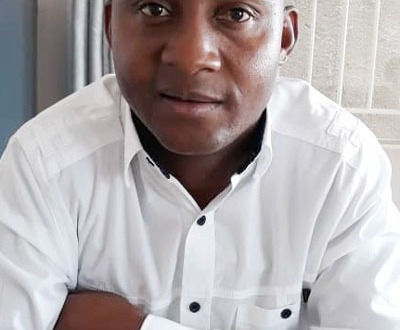 Health is important for the development of any nation. In essence, health and development are symbiotic hybrids.

So many people have lost confidence in the public health system in Zimbabwe with the private medical sector also being blamed for exorbitant charges which are beyond the reach of many.

Many people blame the government for lack of hospital equipment, medicines and sundries that are required for a robust health service delivery.

In 2007, World Health Organisation (WHO) came up with a framework describing health systems in terms of six core components or building blocks and these are leadership, medicines, health workforce, information systems, financing and service delivery.

The Health and Child Care deputy minister, John Mangwiro, on Sunday at a Kadoma conference for private medical practitioners pointed out that the popularity of Karanda Mission Hospital was because of the attitude of its staff.

We need to know the other side of the coin if we are to unearth the real cause of public hospital service disintegration in our beautiful country.

A lot of people have often rushed to blame the government or the Health ministers for the poor service being offered at some government hospitals.

What I witnessed on Sunday at Chegutu Hospital exposes preventable staff failure. Some of these hospitals are dying today because of maladministration, poor attitude and being inconsiderate on the part of medical staff.

If a hospital like Chegutu District Hospital, which is along a major highway, is allowed to run without emergency preparedness yet we are approaching the festive season, then our country is doomed. The events I am narrating will tell you who to blame for some of the medical mishaps in a lot of public hospitals.

When we got to the scene of the accident on our way from a conference in Kadoma, it was already 2 hours after the incident. My sixth sense told me to drive back to Chegutu Hospital to check on the state of the survivors.

Upon arrival in the casualty department, we introduced ourselves and then asked for gloves, suture material and other things to use because the three patients were groaning in pain and two of them were bleeding from lacerations. To my surprise, the following is what we discovered:

• The injured were yet to be attended to, three hours after the accident

• There was no single pair of gloves available

• There were no available suture packs, what was only available was vicryl, an absorbable suture

• No painkillers for emergency cases

After realising that there was nothing coming out of Chegutu Hospital to save the injured patients, I decided to ferry two of the patients to my clinic in Harare who were bleeding.

I sutured about 20 stitches around the knees, provided painkillers and did X-rays, free of charge because what mattered most was life.

What will happen during the upcoming festive season at such hospitals?

Our country cannot prosper if such anti-work behaviour goes unchecked. If you consider all the above-listed ills, one can easily conclude that sometimes it is not appropriate to blame the Health minister or government.

Hospitals have their procurement committees and they are allowed to purchase from private suppliers if National Pharmaceutical Company does not have the required items in stock.

The following are reasons why attitude, ethics and consideration are of paramount importance if we are to deliver health to the people:

• The gloves were said to be locked in the pharmacy but the pharmacist in charge was not available and apparently this has become a tradition. It only requires spare keys to the pharmacy and subsequent intermittent audits of the drugs and sundries.

• The casualty department at the hospital calls it “Emergency wing” yet they were no painkillers in the emergency trolley as is stipulated by regulations. The sister-in-charge should be answerable.

• The hospital could not call the senior medical personnel, citing lack of airtime yet the same hospital has money to fuel cars.

All this can be traced to poor hospital administration.

Why then do we want to paint government black yet we need to reform ourselves? Does it need the Health minister to come and give a box of gloves that costs US4? Was the Health deputy minister or permanent secretary supposed to have dashed to Chegutu with nylon suture material?

The provincial medical directors, the district medical officers, provincial nursing officers should work in unison if our country is to move forward. Occupying offices is not what is key but delivering from the offices is what is required.

The hospital has its procurement committee which works with the pharmacy to acquire what is needed. Indeed, reforms are required in many government health institutions and overstaying of some employees is hindering progress and development.

The rule of thump theory should not override objective management. Empathy will save many people’s lives.