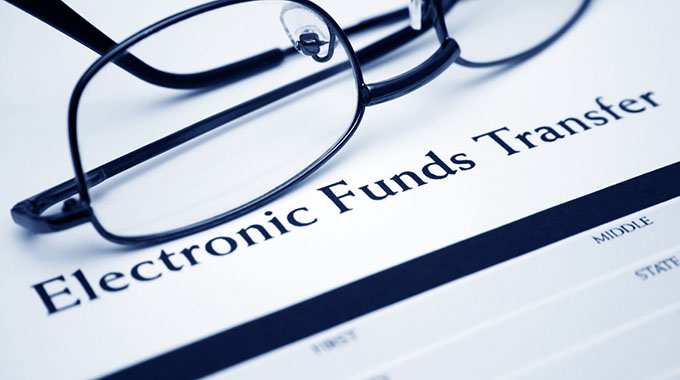 Oliver Kazunga Bulawayo Bureau
THE Reserve Bank of Zimbabwe says the ballooning Real Time Gross Settlement (RTGS) account balances are an indicator of lack of lending by mainstream banks to the productive sectors. Treasury has admitted that one of the key challenges facing the economy is budget deficit whose financing through issuance of Treasury Bills and recourse to overdraft with the central bank was untenable.

The trend has been blamed for driving demand for foreign exchange, as well as creation of excess money supply, largely in form of electronic and mobile balances.

Responding to questions from the floor during the ZimTrade-Banks breakfast seminar in Bulawayo Wednesday, RBZ financial markets division principal economist Mr Tapiwa Furusa said: “We have got a challenge with our banks. Whilst the Reserve Bank is doing all it can to boost productivity, what these banks are doing is that when you deposit your money into your accounts with them, they take that money and deposit it at the Reserve Bank.

“And at the Reserve Bank we don’t give them any interest, but they are happy to maintain it there and forgetting that it’s you who will produce for them to remain operative.

Given such a circumstance, Mr Furusa said RBZ was working on improvising taking from the banks’ idle RTGS balances to create various facilities to ensure that at least there was some productivity in the economy.

Recently, the Central Bank has come up with about 14 facilities aimed at availing funding to different economic sectors and the resources were being disbursed through selected banks.

“But that (availing funding) is the job that was supposed to be done by the banks.
“We want them to promote production, an economy where you find the Central Bank intervening all the time is not the best.
“Banks, their job is financial intermediation, taking money from surplus unit giving it to deficit unit for production purposes,” said Mr Furusa.

Recently, the apex bank acknowledged lack of effective disbursement of its facilities by banks highlighting that this was frustrating economic recovery. RBZ facilities are the cheapest in the market with interest rate of 7,5 percent per annum compared to above 10 percent by private finance houses. It is hoped that under the new political dispensation, Zimbabwe’s country risk profile due to international engagements efforts will be lowered, a move expected to see the cost of borrowing money locally and offshore declining.

Over the years, the country’s risk premium has been quite high and in terms of the London Interbank Offered Rate presently obtaining were less than one percent but in Zimbabwe local financial institutions were charging 12 to 15 percent interest rates per annum.