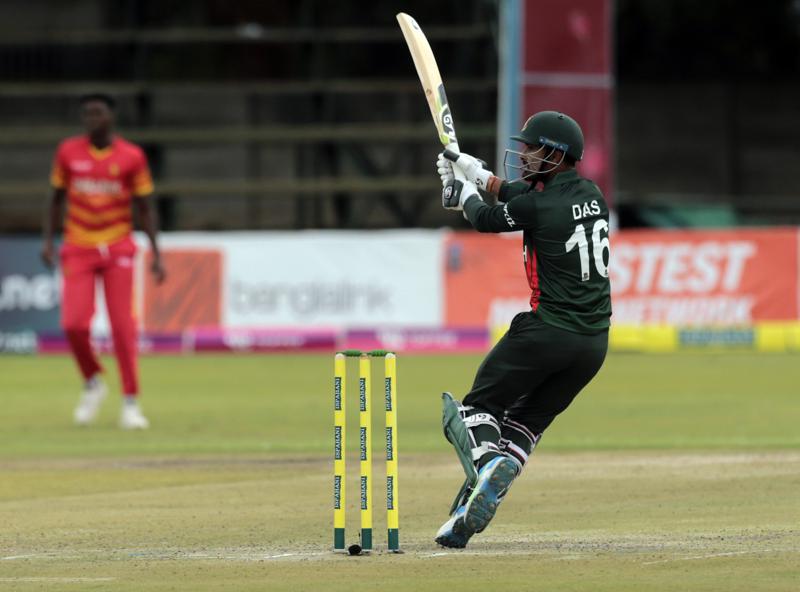 HARARE, Zimbabwe (AP) — Opener Liton Das made a century and Shakib Al Hasan’s 5-30 broke a national record as Bangladesh hammered Zimbabwe by 155 runs in the first one-day international on Friday.

Wicketkeeper Regis Chakabva made 54 for Zimbabwe but there was hardly any other resistance as Shakib’s left-arm spin claimed four of the last five wickets.

Zimbabwe’s Timycen Maruma didn’t bat after he sustained a leg injury while fielding.

Shakib’s third five-for in ODIs took him to 274 career wickets. He is already Bangladesh’s leading wicket-taker in tests and Twenty20s.

The teams will play two more one-dayers and three T20s. Bangladesh won the only test of the tour, also at Harare, by 220 runs.