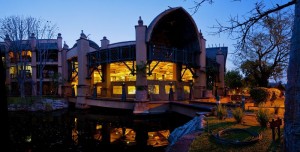 A DEAL that could have seen Barclays Bank Zimbabwe disposing its 50 percent stake in Makasa Sun property in Victoria Falls to Dawn Properties could be cancelled after the listed property concern failed to honour its promises.

Barclays, which is still running the hotel business, has expressed uneasiness over the $14,6 million deal and has since started negotiating with other potential investors after Dawn Properties failed to meet key conditions almost two years down the line after it signed the contract.

In a statement accompanying financial results for the six months to June 30, 2017, Barclays confirmed that it was courting other suitors for the property in Victoria Falls, which is trading under African Sun’s Kingdom Hotel.

“The bank is negotiating with potential buyers of its 50 percent shareholding in Makasa Sun (Private) Limited. The previous agreement lapsed before key conditions had been met. The joint venture therefore continues to be classified as non-current asset held for sale,” the bank said.

In December 2015, Dawn Properties entered into an agreement with Barclays to acquire Barclays’ 50 percent stake in the Makasa Sun Hotel property.

It is understood that Barclays wanted $7,5 million to be received within 30 days of concluding the deal as one of the key conditions.

The balance was to be paid in installments incurring interest charges which were to be reviewed annually in reference to an agreed interest rate benchmark over a period of over 15 years.
No comment could be obtained from Dawn.

In its half year financial results to June 30, 2017, Barclays Bank achieved $9,5 million after-tax profit during the period under review, from $3,3 million recorded in the previous comparative period, representing a 188 percent increase.

Its revenue went up by about 39 percent to $35,1 million during the period under review from $25,3 million in comparative half in previous year.

Operating costs went up by seven percent to $22 million during the reviewed period from $20,3 million recorded during the same period in 2015.

Total assets went up to $480 million during the period under review from $351 million. Total liabilities also went up to $405 million from $293 million in the half year in 2015.