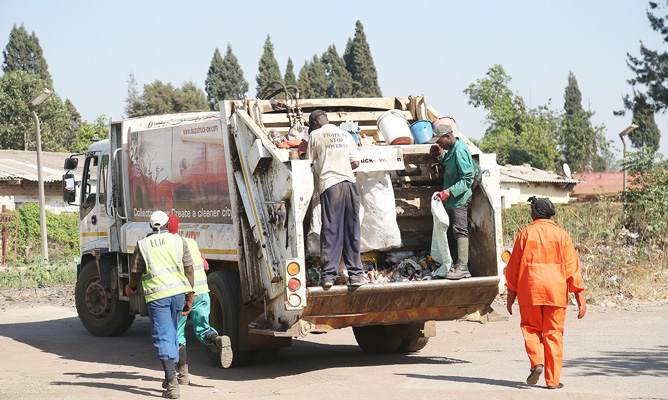 BULAWAYO City Council (BCC) has attributed its failure to timely attend to pipe bursts on fuel challenges amid revelations the local authority is receiving as many as 50 reports daily.

Ageing infrastructure has also been blamed for the constant pipe bursts.

The project, bankrolled by the African Development Bank (AfDB), was expected to be complete by December 2020.

The project remains incomplete owing to COVID-19-induced disruptions, while pipe bursts have become common as the city’s infrastructure is aged beyond repair.

“The issue of sewer that you touched on, as mentioned, it’s ageing infrastructure and occasionally we do have problems with input, for instance, these last two to three weeks we had challenges with fuel and we slowed down in terms of our responsiveness clear,” Mpofu said during a Bulawayo Progressive Residents Association (BPRA)-organised webinar.

The BPRA event was held under the topic A Focus On Access To Water’, Valuing Water”.

“For instance, our backlog when it comes to sewer within the city itself, it goes into 185, that was last week and we get in a day over 50 reports which we have to clear.

There are a lot of carryovers and thus all talking to infrastructure that needs to be rehabilitated.”

BPRA secretary for water, Joseph Nkomazana had raised fears of diarrhoea and cholera outbreaks because of the sewer bursts.

“They (burst sewers) are now a daily thing…it is the most dangerous thing, remember what happened in Luveve. All the 29 suburbs are talking about the sewer bursts,” Nkomazana said.

In 2020, a diarrhoea outbreak claimed 13 lives and infected several thousands of people in Luveve and was blamed on contaminated water due to pipe bursts, resulting in sewage seepage into water pipes.

The city also continues to lose water due to pipe bursts and leaks owing to ageing infrastructure, with an average of 200 faults received per day.

Since the BWSSIP’s inception, four pumps have been replaced and 141 kilometres of network in Magwegwe and Criterion reservoir areas rehabilitated.

Similarly, water mains have been upgraded.