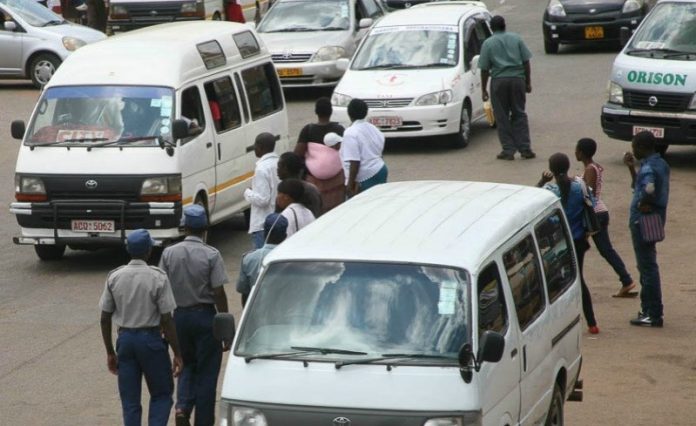 BY SILISIWE MABALEKA
BULAWAYO City Council yesterday expressed concern over proliferation of undesignated transport pick-up points, which have resulted in increased littering in the city.

According to latest council minutes, councillors are worried about mushrooming illegal passenger pick-up points in the central business district, particularly along Leopold Takawira and Fort streets.

“Another illegal pick-up point is next to the Pick ’n Pay Supermarket and in 10th Avenue up to 13th Avenue along Fort Street, where travellers to Binga and Tsholotsho are picked up. All these areas have no ablution facilities,” the minutes read.

Councillors said the proliferation of illegal transport was a result of lack of enforcement of traffic by-laws.

“Councillor Rodney Jele noted that the delay in the completion of the Egodini Mall contributed to the mushrooming of illegal pick-up and drop-off-points. Relevant by-laws should be enforced,” the minutes said.

“Staffing issues should be looked into accordingly. The city is losing a lot of revenue through these illegal activities. The completion of the Egodini Mall will bring sanity to the city,” Ncube said.

“The challenge is that we are not authorised to arrest those that do littering in the city.  As council we conduct our duty of keeping the city clean, but the mentality and the attitude of people in terms of cleanliness is pathetic,” he said.

Ncube said most littering in the city was being caused by Masvingo-bound buses that picked up passengers at the Centenary Park, another illegal pick-up point.

After Egodini Terminus was shut down for refurbishment, illegal bus stops began to mushroom around the city.