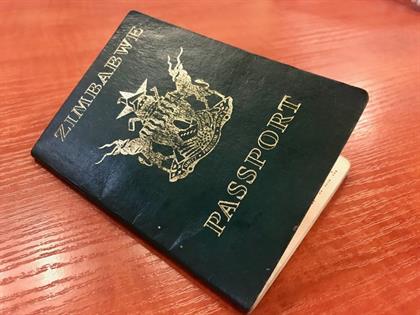 The Department of Home Affairs has urged Zimbabweans who haven’t received their special permits to be patient, GroundUp reports.

The Zimbabwe Exemption Permit (ZEP) allows Zimbabweans living in South Africa to regularise their stay in the country.

GroundUp has received numerous complaints from people who are concerned about how long the process is taking.

The ZEP application process opened on September 15, 2017, following the expiry of the Zimbabwean Special Permit (ZSP) in December 2014. Zimbabweans had to apply by the end of November last year, but this was extended to January 31 and then to February 15, 2018. On November 15, 2018, the department announced the completion of the adjudication and printing of the Zimbabwe Exemption Permit (ZEP).

The applicants are disputing the claims by VFS Global that people are hard to reach. They have paid R20 for SMS updates during the application process. Their email addresses were also made available but they haven’t received any communication.

VFS told GroundUp that it is facilitating all ZEP collections until January 31, 2019.

“Applicants who have not received their permits are welcome to track their applications on the VFS Global website by inserting their AURN number as well as their last name.”

A statement released by the Department of Home Affairs says “84 applicants’ fingerprints need to be retaken. VFS has been trying to contact these applicants to no avail”.

In an email to GroundUp on November 22, the media manager at the Department of Home Affairs, David Hlabane said: “The applicants who have not been notified may be among those whose adjudication is being finalised or whose outcomes are on the dispatch route from our department to VFS for distribution.

“We are working on completing the whole process by 30 November 2018, and therefore plead for patience among applicants who are yet to receive their permits.”

Hlabane added that the applicants who have proven difficult to reach were contacted, also by phone, including people who must retake fingerprints and those whose passports had expired. VFS had undertaken to provide, in its offices, the list of the applicants affected, including those who have outstanding passports.

Some Zimbabweans also complained to GroundUp that they went to the VFS offices several times with no luck. When they track the permits online, they get a message confirming receipt of the application.

Others also wrote to GroundUp looking for help. One of them wrote: “May you ask the Minister of Home Affairs on our behalf what is going on because this issue of work permits have blocked a lot of things. Our lives are on a stand still (sic).”

“Our employers are fed up of paying us, then later we go back to them and tell them that the money has bounced back since my account has been frozen. We are scared of losing our jobs now,” said another.

The Zimbabwe Exemption Facebook page is also full of comments from irate beneficiaries.

Mthandazo Mjena Moyo wrote: “I had been waiting for a year now. Home Affairs is a joke.”

Rachael Musoni Munikwa wrote: “I went to check mine there is nothing. I submitted on 7 November last year.”

In a statement released on November 15, the department said it had completed the adjudication and printing of 178 172 applications for the ZEP.

“The balance of 39 089 is in the process of being collected or sent to the various VFS collection offices. The remainder of 30 598 is currently being updated on the department’s system and will be dispatched to VFS,” it added.

The department also said that 1 932 applicants had expired passports and could not be processed. These people need to contact the Zimbabwean Consulate to obtain new passports.

“The department has met with the Zimbabwean Consulate which undertook to expedite the passport applications of those who did apply. The closing date to submit new passports is 15 December 2018,” it said in the statement.

In January, GroundUp reported on Zimbabweans battling to obtain passports as the closing deadline approached. One of the requirements for the ZEP application was to be in possession of a passport valid for 90 days. Eventually, the department extended the deadline to February 15, 2018 to accommodate people who were struggling to obtain their passports.