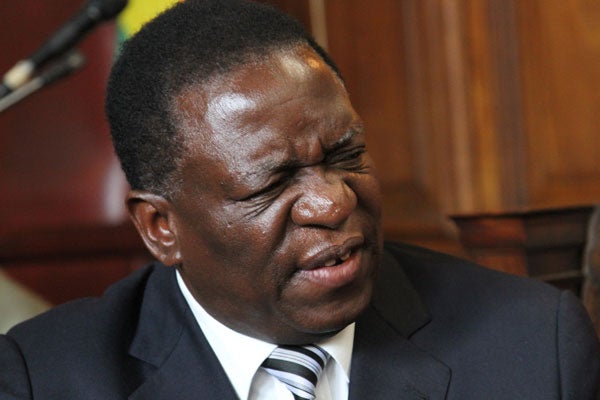 BY TATIRA ZWINOIRA at the UN General Assembly in New York

President Emmerson Mnangagwa pleaded to an almost empty room at the ongoing United Nations General Assembly for the world to be patient with his government’s reform process.

This comes as Zimbabwe’s political and economic state continues to rapidly deteriorate as the Mnangagwa administration is yet to fully implement reforms that could unlock the much-needed financial aid from multilateral partners.

However, Mnangagwa’s plea for patience was made to a barely filled hall, where the UN General Assembly in New York City, the United States, is taking place.

The President was among several African leaders and heads of State from mostly developing countries to address poorly filled hall at the UN General Assembly.

“Zimbabwe is reforming and undertaking a sure journey towards a better and more secured future. The task facing us is great, the road is long and at times very bumpy, but so is our potential and determination to succeed. I urge the world to be patient with us, to support us and to join us on this new and exciting journey,” Mnangagwa said in a statement on Wednesday.

Zimbabwe is currently in a recession, with government projecting a negative 3% growth rate for this year while the International Monetary Fund has put the decline at 5,2%.

Contributing to this decline are austerity measures with virtually no cushioning for citizens, which have drastically reduced the nation’s consumer spending power and projections from many businesses.

Furthermore, the reintroduction of the Zimbabwe dollar as the sole currency in June has greatly eroded business earnings and profits, making the country less unattractive to investors.

While drought has also played a role in hurting Zimbabwe’s agricultural sector, which provides about 67% of the population with livelihoods, experts have pointed to the macroeconomic challenges as the source of the problem.

However, Mnangagwa continued with his predecessor, the late former President Robert Mugabe’s rhetoric, blaming sanctions for impeding his administration’s efforts in rebuilding Zimbabwe.

“These sanctions constitute a denial of the human rights of the Constitution of Zimbabwe to develop and improvement to their quality of life. Furthermore, sanctions are slowing down our progress, inhibiting our economic recovery and punishing the poorest and most vulnerable in our society. As the United Nations, let us boldly honour the principles of our charter. The wrongs of the world must be set right,” he said.

“Unfair practices must be challenged and justice, racism and all forms of oppression by men must be opposed and rejected. My country applauds the Southern African Development Community, the African Union and all who stand with us in demanding the immediate removal of all these illegal sanctions.”