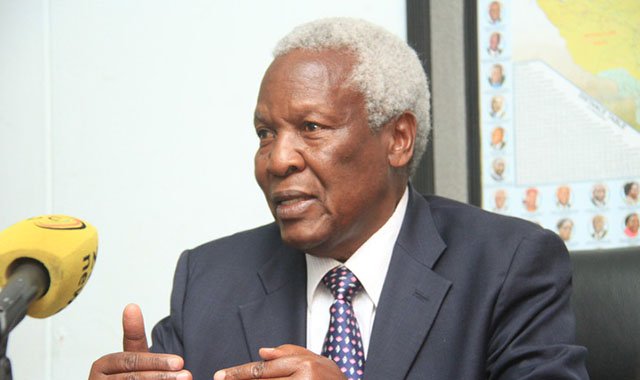 Tendai Rupapa Senior Reporter—
The country’s defence forces must remain vigilant and patriotic because there are elements bent on reversing the gains of the liberation struggle, Defence Minister Dr Sydney Sekeremayi has said. Addressing junior staff course number 68 graduands at Zimbabwe Staff College yesterday, Dr Sekeramayi said that the country’s sovereignty is non-negotiable and will never be bought or sold.

“I, therefore, urge you to remain vigilant and patriotic as some elements bent on reversing the gains of our independence are always looking for the slightest opportunity to exploit,” he said.

“Defence of our sovereignty is non-negotiable and it will never be bought or sold, therefore, the onus is now upon you to ensure that these gains are preserved for prosperity as we pass the button to you.” He also pledged to address conditions of service for the members of the force. “My ministry is seized with the issue of alleviating challenges that the Zimbabwe Defence Forces are currently facing especially in the area of conditions of service,” he said.

“These challenges include lack of adequate accommodation and delays in the implementation of military salary concept. These matters are seriously being looked into and once solutions are found, your commanders will apprise you accordingly.” Dr Sekeramayi said continuous training of military personnel was a way of ensuring the attainment of a highly professional and formidable defence force that values its traditions and society.

“The status enjoyed by our defence forces is the culmination of a long tradition that recognises the importance of staff development as the foundation of success. Indeed, the defence forces have registered success in their endeavour to maintain peace and stability in our beloved country Zimbabwe, SADC and beyond,” he said.

“History has taught us that an organisation can have modern equipment and greater numerical numbers, but without an adequately trained and motivated workforce, that organisation is bound to fail in the accomplishment of its objectives. Against this background, the success of every organisation is built upon a sound human resource development policy and the Zimbabwe defence forces is no exception.” He added that the constitutional mandate of the defence forces is to provide a conducive environment for socio-economic development and national prosperity.

“The professional conduct and dedication to duty by our defence forces, which has seen this country enjoy peace and stability since the end of colonial bondage, is a clear testimony of the value our defence forces attach to the well-being of this great nation,” he said. The minister also acknowledged the contributions by officers from the People’s Liberation Army of the People’s Republic of China.

“Since their initial participation in the Zimbabwe Staff College programme in 2004, the People’s Liberation Army training team has continued to add value to this course as our officers have continued to tap from their vast experience and professional knowledge,” Dr Sekeramayi said.

The course, which commenced on June 26 to November 17 this year, saw 44 officers graduating with certificates. The officers were drawn from the Zimbabwe National Army, Air Force of Zimbabwe, Zimbabwe Republic Police and Zimbabwe Prisons and Correctional Services as well as five officers from Nigeria, Lesotho, Malawi, Swaziland and Tanzania.

Of the 44 students, eight were females. “It is pleasing to note that there is a steady increase in the enrolment of female officers on the course and we are moving towards the 33 percent quota stipulated by the Government in trying to achieve gender equity,” he said. He thanked the commandant and his team for the 100 percent pass rate that was attained adding that his ministry will continue to support the Zimbabwe Staff College.

Captain Xolani Mkandla from the ZDF was the overall best student while Captain Obert Matare was the second best student. The ceremony was attended by the Permanent Secretary Mr Martin Rushwaya, Major General Douglas Nyikayaramba and Air Vice Marshal Elson Moyo, among other service chiefs.