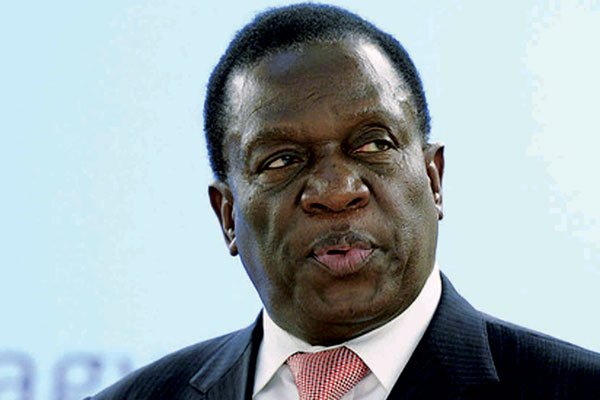 ZANU PF is set to launch a massive witch-hunt to weed out party members blamed for sabotaging President Emmerson Mnangagwa in a protest vote code-named “bhora musango”, that saw him garnering lesser votes than parliamentary candidates in a number of constituencies, it has emerged.

In some constituencies, he lost altogether while his MPs emerged triumphant.

Mnangagwa narrowly beat MDC Alliance leader Nelson Chamisa in the July 30 elections after winning 50,8% of the vote, just enough to allow him to form the next Zimbabwean government — if he wins the Constitutional Court challenge to his disputed victory. The presidential result is now subject to a fierce legal challenge after Chamisa approached the Constitutional Court arguing he was the winner.

In his founding affidavit, Chamisa claimed, among other things, in many constituencies people voted for Zanu PF MPs, but opted for him in the presidential poll.

Subsequently, the results threw the party into turmoil and crisis meetings have been held as bigwigs pull out all the stops to hunt down and weed out protest voters.

Addressing Zanu PF candidates who won the poll in Harare last Friday, Mnangagwa clearly indicated that he was not amused at all and gave the clearest hint yet that action would be taken against the rebellious party members.

“I have been given a report showing statistics of the number of votes attained by the MP and the president in every constituency. There were others who were saying vote for the MP, but as for the President just do what you think is good for you. We now know these people. What it shows is that such comrades do not rally with the leadership of party. So, such people should be retired and if they want to come back they should come back as full members of the party,” he said.

Buoyed by Mnangagwa’s speech, party members across the country are already making moves to nail some of the newly elected MPs who had “sold out”, while many others could be flushed out of the party structures. Names of alleged culprits were already being thrown around.

This, sources said, will be undertaken during the restructuring exercise which is set to kick off later this year. The exercise, likely to torch a fierce factional firestorm, will be directed by Zanu PF’s commissariat department headed by retired army major-general Engelbert Rugeje.

Zanu PF officials have already started jostling for leadership positions in the party in the traditional post-election restructuring exercise, which normally begins in October.
The party would be seeking to reorganise its structures from cell level to provincial level in internal elections usually punctuated by serious political skulduggery.
“Whatever happens, you have to have a post-mortem. And the post-mortem shall be focussed on the need to ensure that each and every one of us toes the party line and those that do not toe the party line will fall by the wayside,” said a senior Zanu PF official.

“There is a lot of anger because some of our legislators and party members clandestinely and in some cases openly campaigned for the MDC Alliance, embarrassing the leadership in the process. The leadership is taking the defiance as a slap in their face. Investigations are underway to find out who sold out.”

Mnangagwa has also reportedly been warned by the country’s intelligence services of a possible impeachment likely to be precipitated by some legislators who do not support him working with the opposition.

Zanu PF secretary for information and publicity Simon Khaya Moyo refused to comment on the matter this week.

“I do not want to talk about those issues. Time shall come when we have to address them. Let your sources give you the details you want,” he said.

However, sources said some of those who have been targeted in the witch hunt include former politburo members Flora Buka and Edson Chakanyuka, who are being accused of campaigning heavily against Mnangagwa in Gokwe.

Their case has reportedly been escalated to the Midlands provincial leadership by the provincial war veterans leader Virginia Mupaso.

Buka was readmitted in Zanu PF last year following the expiry of her two-year suspension on allegations of plotting to unseat the then Zanu PF leader Robert Mugabe.

She then tried to stand for the Gokwe Nembudziya National Assembly constituency, but was blocked from contesting by Mnangagwa in favour of his favoured candidate and eventual winner, Justice Mayor Wadyajena. Chakanyuka is a former Zanu PF youth league leader.

“Buka and Chakanyuka led campaigns against the president in Gokwe. For instance, they were seen addressing gatherings at St Joseph’s and Nyamuroro primary schools and also at Nyatso business centre and at the growth point. They also had ward-based campaigns led by a war veteran called Shumba in Gokwe North calling for bhora musango. Actually when Mnangagwa became president in November last year, Shumba quit his position in the party saying he could not work with him,” a source from the province said.

Mupaso said: “We had problems with those three and hope the party’s leadership will do something about it going forward.”

Heads are also set to roll in Masvingo province where party hawks have targeted former legislators Darlington Chiwa, Beauty Chabaya and Ticharwa Madondo who, after losing party primaries, were accused of encouraging their supporters to vote against Mnangagwa despite the fact that they are still active party members.

“Those will be definitely dealt with. There is no way they can be allowed to retain their positions,” said a Masvingo-based Zanu PF member who recently won a seat in the volatile province.

Provincial chairman Ezra Chadzamira declined to comment, saying: “I cannot pre-empt what shall happen in future, I would rather wait for the right time.”

A root-and-branch shake-up is also in the offing in Manicaland province where Mnangagwa lost to Chamisa despite Zanu PF winning 19 of the 26 seats there. Mnangagwa got 292 938 against Chamisa’s 296 429 votes.

In Nyanga South, for instance, Supa Mandiwanzira proved to be more popular than Mnangagwa in the constituency after he garnered 12 322 votes against his party leader’s 10 298 votes. Chamisa garnered 12 979 votes. The result was key in deciding the province as it accounted for 2 681 votes of the 3 491 votes by which Mnangagwa lost to Chamisa.

Picking out Modi in his address on Friday, Mnangagwa said: “Things did not go well in Bulawayo South. Modi, you got more votes than me, I do not know what you were telling the people there.”

The protest vote was also evident in Mashonaland East province where legislators got more votes than Mnangagwa in a total of 15 constituencies, including in those with some notable figures such as politburo member Mabel Chinomona, prominent lawyer Jonathan Samukange and businessman Ozias Bvute. For instance, in Goromonzi North, Bvute managed to garner 17 277 against Mnangagwa’s 12 583, creating a margin of 4 694.

A huge 1 251 vote margin was also recorded in Chikomba West where legislator John Mangwiro won 17 079 votes while Mnangagwa got 16 026.

In Chikomba Central, Felix Mhona won after getting 7 543 while Mnangagwa managed 7 314 votes, a difference of 229 votes.

Next door in Chikomba East, development activist and writer Sekai Nzenza got 7 972, creating a 1 211 vote margin between her and Mnangagwa who got 6 761 votes.

By contrast, in Matabeleland North where Mnangagwa narrowly lost the overall provincial vote to Chamisa, he had more votes than his party’s candidates in nine of the 13 constituencies which Zanu PF won.

Even in his perceived stronghold of Masvingo province, Mnangagwa often found himself coming second best to some of the Zanu PF parliamentary candidates.
In Bikita East, former school headmaster Johnson Madhuku polled 10 261 votes against Mnangagwa’s 9 849 votes. The same pattern obtained in Bikita South and West where MPs got 10 599 and 12 991 votes against Mnangagwa’s 9 853 and 11 907 respectively.

Mnangagwa also had fewer votes than Zanu PF MPs in all the four constituencies in Chiredzi as well as in Chivi South and Central.
Zanu PF candidate in Gutu central Winston Chitando — the president’s ally — garnered 11 496 votes, while Mnangagwa managed only 9 082 votes. He also trailed MPs in Gutu North, South, East and West.

Zanu PF candidate for Insiza North Farai Taruvinga polled 15 276 compared to Mnangagwa’s 13 194, while Spare Sithole got 6 583 against Mnangagwa’s 5 822 in Insiza South.
Insiders say although there might have been sabotage in some constituencies, the trend also revealed Mnangagwa’s own massive unpopularity which cannot be blamed on MPs.