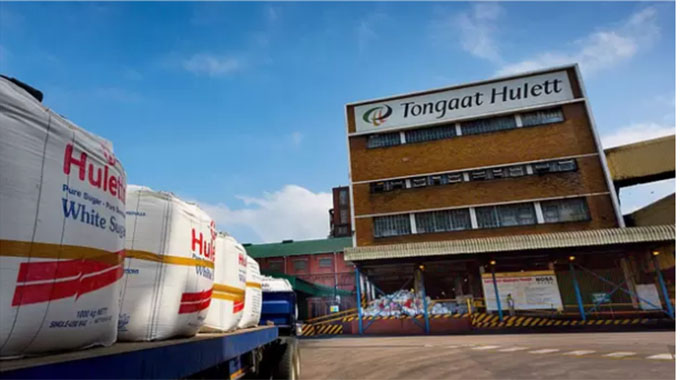 A group of transporters linked to Zanu PF bigwigs have allegedly threatened sugar-producing giant Tongaat Hullet with unspecified action if it fails to award them tenders.

In May, the sugar producer flighted an advert in local newspapers calling for tenders before July 31.

Some of the prerequisite requirements for tender applicants were that transporters were obliged to have goods-in-transit insurance cover, a valid vehicle licence and certificate of fitness as well as proof of physical existence of trucks registered in the name of the company.

Vehicle tracking capabilities were also made mandatory for transporters.

The company introduced tight transport tender processes in a bid to rein in errant sugar transporters and curb corruption that saw the company losing hundreds of thousands of United States dollars each year.

This did not go down well with the politically-connected group, which accused Tongaat of setting stringent tender conditions in a bid to sideline them in favour of the company’s preferred transporter based in South Africa.

Sources close to the matter alleged that  the group, which claims to be linked to the ruling Zanu PF party, also accused Tongaat of trying to violate devolution policies.

“We met Tongaat over that issue and we have also raised it with the president,” said Murinye.

Tongaat acting corporate affairs executive Ushe Chinhuru said the company had a tender committee that deals with all tenders flighted and they go through the full adjudication process, which includes short-listing of potential suppliers or service providers and post-tender negotiations until final award to successful tenderers.

“All members, who participate in the adjudication of tenders make a declaration on potential conflict of interest and any conflicted member is recused from participating in the process,” he said.

“A selection criterion for awarding of tenders is agreed upfront by the committee with scoring made against each factor considered important for the specific tender.

“Awarding of tenders is guided by the company’s code of ethics and good governance and for avoidance of doubt awarding is never made on political lines.

“The whole awarding process is subjected to external audits to ensure compliance with the code of ethics and good governance.”

Zanu PF spokesperson Simon Khaya Moyo distanced the party from the fiasco, saying it will not tolerate any attempt to put the name of the party into disrepute.

“If there is evidence, the company should immediately make a police report,” said Khaya Moyo.

Zimbabwe Anti-Corruption Commission spokesperson, commissioner John Makamure, said Tongaat should approach the commission and formally inform them of the matter.

“The commission is there to receive complaints. It’s provided for in Section 265 of the constitution,” Makamure said.

“The commission will then consider the complaint and take appropriate action.”

“If they had any grievances, they were supposed to raise them after the tender deadline. As it is, their actions are criminal and they should be reported,”Nzenza said.

Last year, one of Chief Murinye’s unroadworthy trucks was involved in a pile-up accident in Zambia resulting in more than six people being burnt beyond recognition.