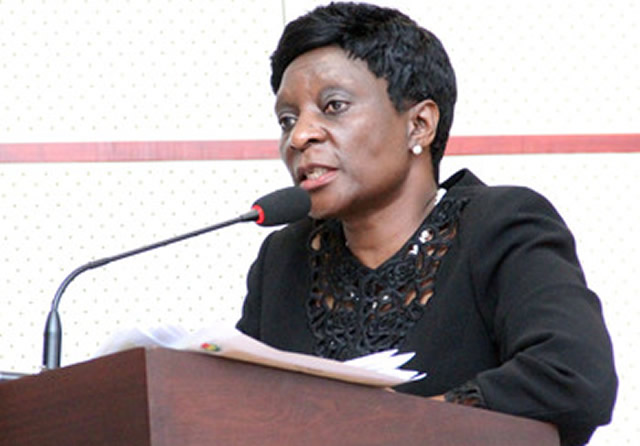 Sharon Munjenjema, Harare Bureau
The countrywide biometric voter registration exercise has not been affected by recent developments that have seen the military staging a popular political and socio-economic stabilisation intervention, the Zimbabwe Electoral Commission (Zec) has said.

Zec chairperson Justice Rita Makarau said teams from her office were conducting voter registration as part of compilation of a new voters’ roll in time for the 2018 harmonised elections.

Last week, there was speculation that the Zimbabwe Defence Force’s intervention, steered by military chief General Constantino Chiwenga, could cause glitches in Zec’s programme.

Zimbabwe is scheduled to hold elections next year and the electoral body has embarked on a voter registration drive that will facilitate polling station-based voting.

However, in an interview with our Harare Bureau, Justice Makarau said the voter registration exercise was progressing as expected.

“As Zec we have not been adversely affected by the recent political developments in the country. We are proceeding with our programme and we are on schedule. We commenced the third phase yesterday (Friday) and we encourage people to come out in their large numbers and register. Everything else is still as it is.”

Justice Makarau said around 2 449 000 people had registered as voters as of Thursday last week. The Zec chairperson has previously said elections are likely to take place around July or August next year, though the actual date will be determined by the Head of State and Government.

It is understood that the third phase of the biometric voter registration exercise which began last week had been characterised by low turnout due to challenges brought about by the rains being experienced in most parts of the country. The current phase is the final one in the mass registration exercise and is expected to last until December 19.

A mop-up exercise will be conducted after that to cater for prospective voters who would have failed to register during the four phases rolled out by Zec. Static registration centres will remain in all districts across the country for continuous registration and a consolidated voters roll is expected to be ready by February 2018. The Registrar-General’s Office has issued more than 287 300 new national identity cards since September as part of the voter registration exercise.