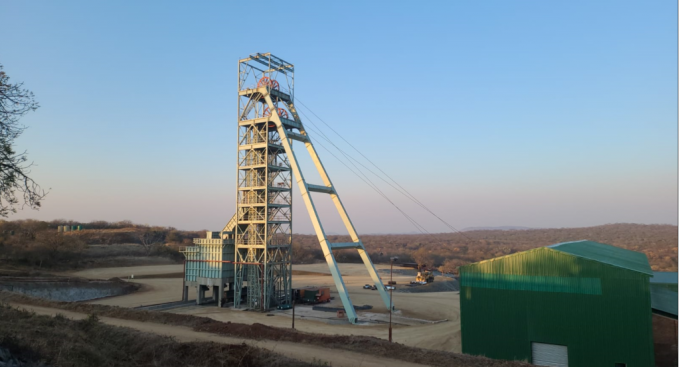 BY MTHANDAZO NYONI
GROSS revenue at Caledonia Mining Corporation rose by 21% to US$121 million during the year ended December 31, 2021 after it reported its biggest gold output.

Caledonia operates Gwanda-based gold producer Blanket Mine, which has been on an aggressive expansion drive over the past five years.

According to its operating and financial results for the year ended December 31, 2021, gross revenue during the same period in 2020 stood at US$100 million.

Chief executive officer Steve Curtis said operationally, the review period marked a turning point for the business, which commissioned the US$67 million  Central Shaft during the period.

The project was funded through internal resources.

“Production in the year was 67 476 ounces, which was above the top end of the guidance range and was a new record for annual production,” he said.Curtis said the robust operating performance was supported by good cost control.

Cash generated from operations before working capital increased by 17% from US$42,4 million to US$49,6 million.

“Now that the central shaft is commissioned, we expect further increases in production.

The aim is to improve the quality and security of Blanket’s electricity supply, minimise environmental footprint and help create a more sustainable future for the business.

Curtis said Caledonia was constructing the first phase of a 12MWac solar plant that would provide approximately 27% of the average daily electricity demand at Blanket Mine.

He said their immediate strategic focus was to complete the remaining underground development associated with the Central Shaft project, which is expected to increase production, reduce operating costs and increase the flexibility to undertake further exploration and development at depth, thereby safeguarding and enhancing Blanket’s long-term future.

“We also believe there is excellent exploration potential in the older shallower areas of the mine and in brownfield sites immediately adjacent to the existing Blanket footprint.”

He said Caledonia continued to evaluate further investment opportunities in the Zimbabwean gold sector with a view to transform the company into a mid-tier, multi-asset Zimbabwean-focused gold producer.