Immediately after the official flag-raising the first official words of the new nation of Zimbabwe were “Ladies and Gentlemen, Bob Marley and The Wailers!” 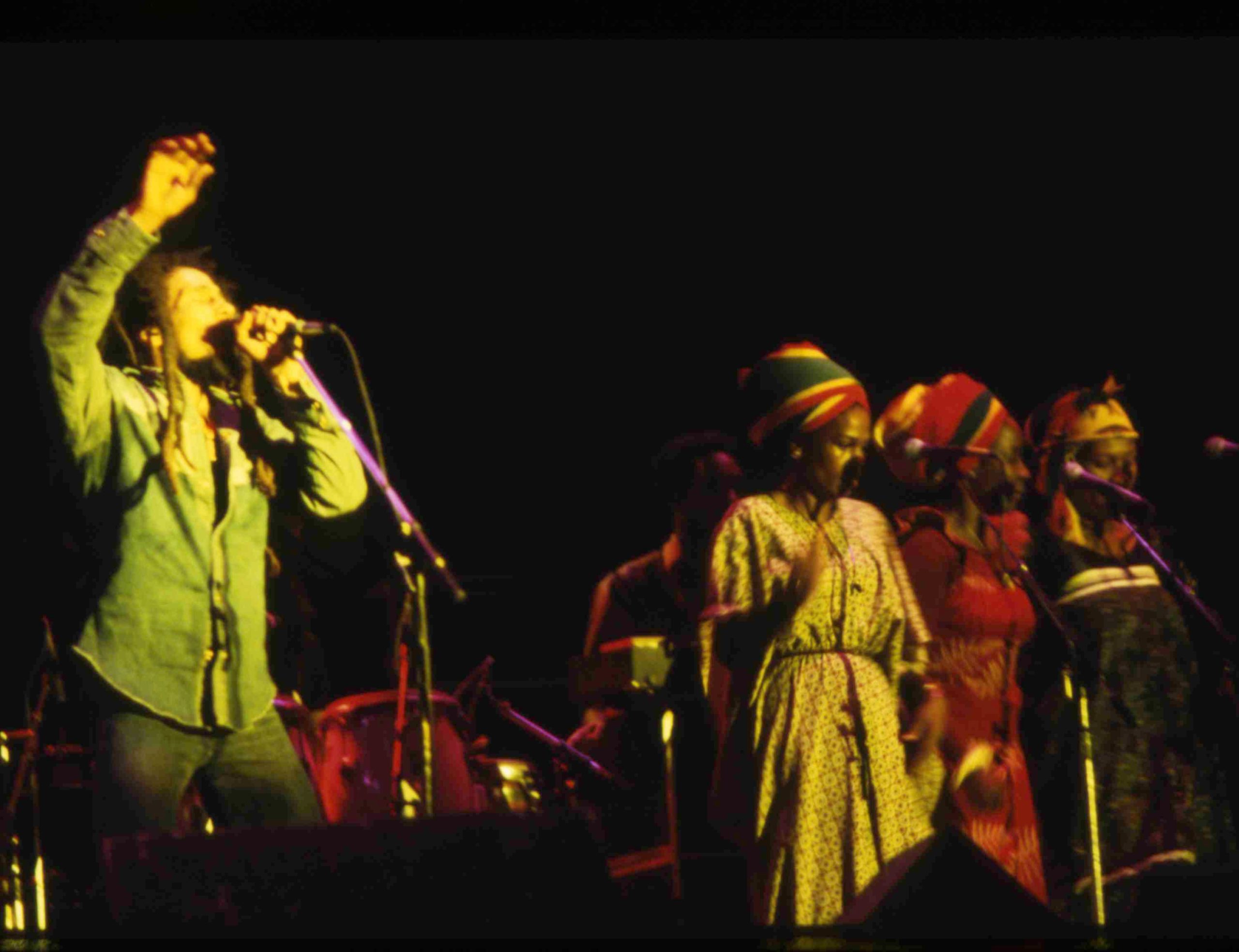 Just before midnight 40 years ago on April 18 at the Rufaro Stadium in Harare (then called Salisbury), Robert Nesta Marley stepped on to the stage with his band The Wailers as culmination of the official Independence Day ceremonies for the new nation-state of Zimbabwe.

Tens of thousands of people paid to join dignitaries from Africa and around the world to watch the performance of this revolutionary pan-Africanist, then at the height of his status as a global music superstar and cultural ambassador. Many more thronged the streets around the stadium, heady in their jubilation and desperate to be a witness to this incredible moment.

That Zimbabwe, formerly Rhodesia, was free was remarkable—that Bob Marley was there to mark the occasion made it all the more special. After decades of warfare, the revolutionary forces of the Zimbabwean people had prevailed over brutal white colonial rule and their supporters in the international community.

Led by prime minister Robert Mugabe, Zimbabwe was one of the last African countries to shake off the yoke of colonialism and gain independence. In so doing, the country had become a potent symbolism for the greater African continent, a rallying point for pan-Africanism as well as a source of hope and renewal for the continent who were battling the insidiousness of neo-colonialism in its various guises.

Bob Marley had become the most powerful cultural representative of pan-Africanism through the uncompromising messages in his music that particularly in the previous 5 years had permeated popular culture to a point of ubiquity. Since the release of his first international album Catch A Fire in 1973, Bob Marley had penned songs such as War, One Love, Positive Vibrations from iconic albums Rastaman Vibration, Exodus and Kaya, which had burnished his credentials as a deeply committed revolutionary pan-Africanist who directly identified within the Black African struggle.

His music had become part of the soundtrack for Africans on the continent, from university campuses to street corners from Cape Town to Cairo, and all over the African diaspora. Indeed, it is reported that during the years of the Chimurenga (Shona for “uprising”), Marley’s music had been widely played by the revolutionary forces as motivating anthems alongside that of other local artists.

After the flag-raising, the first official words of the new nation of Zimbabwe were, “Ladies and Gentlemen, Bob Marley and The Wailers!”

That an international superstar such as Marley identified with their struggle was validating of the power of their struggle and served to galvanize the masses. This became especially so with the release of the 1979 album Survival, probably the most defiant and politically charged in Marley’s catalog, which included the songs Africa Unite and Zimbabwe. Marley had specifically written Zimbabwe in support of the independence fighting rebels, which he debuted at the Amandla concert held in Boston, USA, to support the South African anti-apartheid struggle.

It was therefore no surprise that he was the only artist from outside Zimbabwe invited to perform. What many did not know was that Marley was so honored by the invitation and so committed was he to the cause, that despite the opposition of his management, Marley had paid his own way to Zimbabwe, including hiring a PA system in London, and staying in a small local hotel.

UK-based Musician Pax Nindi, then a journalist with Zimbabwe’s national newspaper The Herald, met Marley on the day before the concert, and described him as “a very humble man, simple in demeanor”. When the band was rehearsing in the stadium earlier in the day, Nindi recalls the noise of the PA system being unlike anything they had ever heard in the ghetto of Mbare, which neighbored the stadium, and this was the first inkling many had that Marley was in town. It was indeed ironic that Marley had been invited, as there had been a lot of contempt of Rastas by the local politicians at the time.

On the night, his performance slot was immediately after the official flag-raising—indeed, some of the first official words of the new nation of Zimbabwe were “Ladies and Gentlemen, Bob Marley and The Wailers!”

There was a temporary break in the performance when security forces over-zealously quelled throngs of fans who were trying to force their way into the stadium with tear gas and batons. It was an incident Marley reportedly described as “Madness” in the acclaimed biography Catch A Fire, though subsequent interviews after his death with Rita Marley downplayed the level of disillusionment he apparently experienced as a result of this.

Marley recognized the Independence Day concert had not been accessible to the masses and typically, he therefore played a subsequent show the next day to an audience of over 100,000 almost exclusively black people.

Bob Marley died of skin cancer just 13 months later on May 11, 1981. Forty years on from that iconic concert, it is difficult to know what he would have made of the show in the light of Zimbabwe’s later struggles. Subsequent events have demonstrated the older generation of Zimbabweans have auto-mythologized the event.  The internationally acclaimed Zimbabwean actor Lucian Msamati described this as a “misdirected nostalgia at odds with the current reality that somehow still has a grip on core policy and culture and is choking and stunting it”.

High quality footage of this remarkable musical apotheosis of pan-Africanism isn’t widely available though there are grainy videos with weak audio on YouTube. But even Zimbabweans born long afterwards have seen clips on national television.

It is evident that the fervor that was generated by Marley as part of the independence celebration propelled the revolutionary zeal of many Pan-Africanists at the time and since. Bob Marley’s performance in Harare 40 years ago is indicative of the hope of an Africa that was promised, and is hopefully, becoming.

As he hoped in the song, Zimbabwe.