‘Bond notes not a solution to cash woes’ 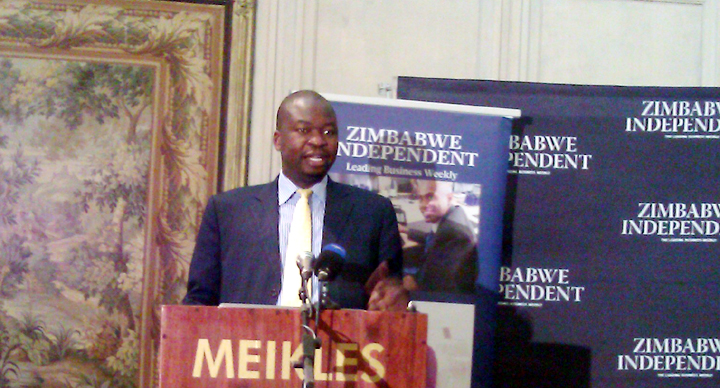 The $300 million bond notes set to be introduced by Reserve Bank of Zimbabwe (RBZ) will suffer a similar fate as those released under the export incentive facility due to the absence of behavioural change among Zimbabweans, a top banker has warned.

In a diagnosis of the cash shortages, Barclays Bank Zimbabwe managing director, George Guvamatanga said the low confidence has seen retailers and wholesalers failing to bank cash and some depositors queuing at banks to get the cash for sale on the black market.

“If our behaviour does not change, we will not see this $300 million. It will come, we give to civil servants they go to wholesalers and retailers. Civil servants cannot go to the bank and demand money because they have not exported,” he said.

“Until such a time we address the bigger fundamentals, the $300 million will disappear the same way the $200 million has done. If that behaviour doesn’t change, we might have $1 billion of cash and it will change nothing.”

Guvamatanga’s warning comes after the cash shortages have seen no signs of abating despite the introduction of bond notes. To date $175 million in bond notes have been issued under the $200 million export incentive scheme. RBZ governor, John Mangudya recently said a $300 million facility has been secured to incentivise exports.

Guvamatanga said banks have managed the crisis better, adding that without mobile money “there would have been riots in the streets”.

The banker said some of the people queueing at the banks could have been doing so for rent-seeking behaviours such as selling cash.

“You used to complain about charges, we reduced them, so why are you queuing at our banks. At the current level of charges it is still viable to be able to use these alternatives [plastic money],” he said.

Guvamatanga’s warning comes as a research firm said the additional $300 million bond notes would not solve the liquidity challenges plaguing the country unless there is a tap into the informal sector and a halt in the externalisation of cash.

In its analysis of Mangudya’s review, IH Securities Research said the gap between real time gross settlement (RTGS) balances with the externalisation of both foreign currency and bond notes would widen.

“The extension of the export incentive, adding $300 million will incentivise exports, but until measures have been put in place to stop the externalisation of the bond notes and tap into the informal market, this measure will not cushion liquidity challenges currently prevailing in the country,” IH Securities said.

Also, cash hoarding has spiked in recent months, as evidenced by the increase in buyers approaching parallel market dealers on a daily basis seeking cash.

The central bank recorded $1 billion dollars, which is supposed to be in the market, but average circulation is estimated between $200 and $250 million.

IH Securities Research said the banking sector was sound, benefitting from the proliferation of plastic money, but remained concerned with the creation of money through non-cash-backed RTGS balances.