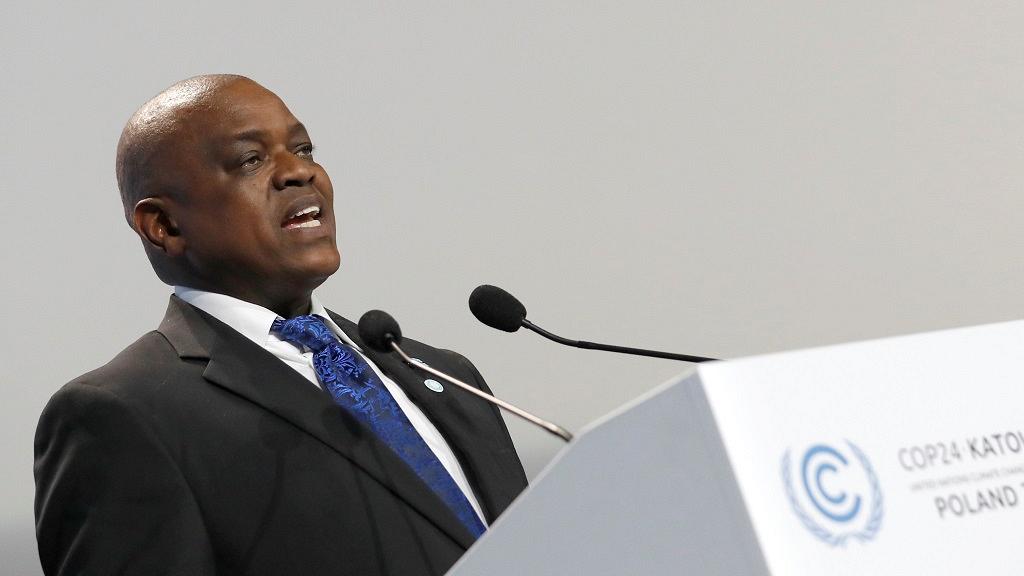 Botswana President Mokgweetsi Masisi has dangled a carrot to Zimbabwean business tycoon, Strive Masiyiwa, saying his country was the safest destination for his telecommunications investments.

Speaking at a town hall meeting with young entrepreneurs alongside Econet founder, Masiyiwa, Masisi said unlike an unnamed African country were payment to creditors and repatriation of profits to foreign countries in the currencies of their choice was impossible, Botswana had a stable economy and enjoyed ease of doing business.

“We are run, not just conveniently, but very well and we work. We are open and this stability along with our addiction to the rule of law makes us attractive for spring boarding from Botswana,” Masisi said.

“I will not name the other country, would you rather have your business headquarters in country X somewhere else in Africa or in Botswana? In terms of assuring yourself that what you put in the bank is yours and will be there. In terms of assuring yourself and your creditors that you will be able to pay them in whatever currency they need to be paid in, so these advantages should be utilised to the fullest.”

Although the Botswana leader did not mention any country by name, the advantages, he said his country had over this unnamed country are challenges Zimbabwe has been battling with such as investors failing to repatriate their profits due to a chronic shortage of foreign currency.

At the moment, Harare does not have a stable currency of its own and uses the United States dollar and the temporary RTGS dollars with Finance minister Mthuli Ncube, saying he expects a local currency within 12 months.

Masiyiwa has spread his investments all over the world and yesterday announced that he plans to sell shares in Mascom to the public once he completes the US$300 million purchase of MTN’s stake in Botswana’s largest mobile operator.

MTN announced in March that it would sell its 53% share in Mascom after failing to gain management or branding control.

If Masiyiwa completes the deal, he would control 60% of Mascom, although he would first overcome resistance from 40% shareholder Botswana Public Officers Pension Fund, the country’s largest pension fund.

“After a few months of negotiating, we reached a deal. I’m paying them $300 million, which means they have done very well, as they originally paid less than $70 million,” Masiyiwa said, ahead of a town hall youth meeting with Masisi in Gaborone on Tuesday.

At the meeting, he promised to create opportunities for youths and fibre up Botswana by working with young entrepreneurs in the project.

Mascom was Masiyiwa’s first mobile operation when it launched a service in 1998, months ahead of the launch of Econet Wireless Zimbabwe. Masiyiwa says he had, in that original bid for a Botswana licence, pledged to take Mascom public.

“During our original bid, I told the government of Botswana that my vision was to take the company public once it was profitable. I wanted to achieve something which I did in Zimbabwe and sell shares to thousands of ordinary people. For the last 21 years, I have been unable to fulfil this promise because my company did not control enough shares. Now I can keep that promise.”

Masiyiwa is, however, hoping to convince the pension fund to sell part of its shares – reportedly 10% of its stake – to workers.