ORDINARILY, a 14-year-old should be either in Form One or Form Two and exploring the world of teen-hood, but not for gifted Harare-based Taida Drucilla Mapara.

The wonder-kid has made her way to university after scoring 15 points in the June A’ Level Cambridge examinations.

Taida is not studying any other degree, but she has enrolled to study medicine at Malawi’s College of Medicine, and, unlike many teens who struggle to decide what they want to be in life, she knows exactly what she wants — to be a cardiologist.

Her story mimics the academic exploits of another prodigy, Maud Chifamba, who enrolled at the University of Zimbabwe (UZ) in 2013 at the same age.

At the time, Chifamba entered the Guinness Book of Records as the youngest university student in Africa. 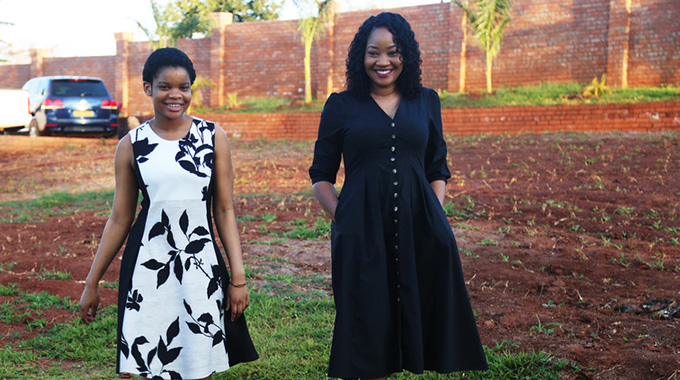 Taida Drucilla Mapara and her mother

The duo’s life stories seem to be roughly following the same script.

Like Maud, who overcame the obstacles of a poor background, Taida’s story is also peppered with perseverance and how the genius in her could just not be held back by challenging circumstances.

The Chishawasha Hills-based teenager completed her primary and secondary school in eight years, instead of the ordinary 13.

A calm and collected character, Taida is the first-born child in a family of three girls.

At some point she had to be home-schooled as her parents struggled to send her to school.

Born to Ernest, an engineer, and Debra, a primary schoolteacher, the young girl was always driven.

It was during home-schooling that her mother spotted a rare level of intelligence in Mapara.

“During those days, life was tough, so persistent financial challenges made it tough for us to enrol her for Grade One in time,” narrated the proud mother.

“I had to home-school her for a year before enrolling her at Maranatha Junior School in 2012.

“After a week in Grade One, I was called by the school officials who said after evaluating her level of intelligence, they had requested that she proceeds to Grade Two.”

Although the proud parents agreed, they were not sure if she could cope, but within a short space of time, she rose to become a top student in her class.

In 2016, her Grade Six class had to be disrupted as the family relocated to Ghana.

For several months, she had to be home-schooled again before she enrolled at a regular school.

By then, Taida had already established herself in the family as a menacing bookworm and budding polymath.

After four weeks at Ghana’s Association International School, the authorities were moved by her intelligence and upgraded her to Grade Seven.

In no time, she wrote her Grade Seven exams and emerged as the top student.

She went on to pass her secondary Cambridge checkpoint with distinctions and was automatically placed into a Form Two class, skipping Form One in the process.

“Noting her intelligence, she was challenged to attempt the International General Certificate of Secondary Education (IGCSE) in a year,” said the mother.

IGCSE is normally a two-year programme leading to externally set, marked and certificated examinations from the University of Cambridge, and any student who passes it gains a qualification that is globally recognised.

At IGCSE, she attained four A+, five A’s and a B. Last year, the family moved back to Zimbabwe and enrolled her at Hilbright Science College, although it was already mid-year.

“We had challenges securing an A’ Level place since it was mid-year,” said Mrs Mapara.

“In October, Hilbright Science College agreed to enrol her with the intention of helping her with studies while she searched for a boarding school for January 2020.”

She took Mathematics, Chemistry and Biology.

However, by January this year, the school was convinced she was ready for Advanced Level exams, hence they convinced her parents to pay examination fees.

Taida has memories of the sleepless nights she had.

“Fortunately, I had a very supportive structure both at home and school.

“I would study hard and whenever I had challenges, my parents, classmates and teachers were there to help.

“In class, I never felt the age difference, I was one of them and they treated me as such,” chuckled Mapara in an interview with The Sunday Mail.

Although she wished to study for her Degree in Medicine with the University of Zimbabwe, the results came late for the August 2020 intake, leading her to choose her second option, Malawi College of Medicine.

“It is anyone’s dream to gain admission into university, let alone spring like this,” she said.

“Honestly, I am not sure how exactly I feel; I am anxious, grateful, frightened and excited at the same time.

“I am looking forward to the new challenge and I know it will not be easy. I simply have to brace up because this is now a different set-up altogether.”

Although she is going to study in Malawi, Taida said her intention is to practice locally.

She said devoting more time to study has always been her key to success and that her strategy will see her through university.

Interestingly, her siblings, Zoey and Chloe — 12-year-old twins — seem to have their sister’s bug.

They both skipped Grade Two.

Currently, they are in Form Two when they should be a rung lower.