Bread prices to go up, again

BREAD prices are expected to go up again as bakers try to adjust to rising production costs. 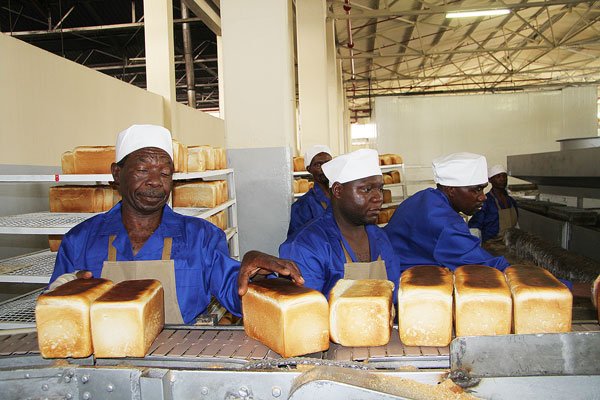 In November, government reversed another increase by the bakers, who had pegged a loaf of bread at $2,20.

National Bakers’ Association of Zimbabwe (NBAZ) vice-president Lucky Zinyama told NewsDay that the allocation of foreign currency was still a nightmare, as the central bank was failing to adhere to its promise of allocating 80% of bakers’ forex requirements.

The Reserve Bank of Zimbabwe committed to avail at least 80% of the baking industry’s monthly foreign currency requirements from the previous allocation of 35%.

“We are currently getting pressure from our members, who are saying the cost of producing bread has gone (up) and they want to increase the bread prices. The major challenge now is forex, which is not available. Now, our members will have to go (to) the parallel market,” Zinyama said.

“The initial agreement was that we get 80% allocation from the Reserve Bank of Zimbabwe, but now we are getting just 30% of that. The difference, we have to source on other markets. So our members are giving us pressure to hike prices.”

Apart from the dire forex situation, Zinyama highlighted that the cost of wheat was also adding onto the pressure.

Standard bread flour has gone up from the $730 per tonne in November to $780 per tonne before rising to $835 per tonne on January 1 this year.

Effective January 1, bakers are now enjoying duty-free importation of raw materials under a manufacturers rebate introduced by Treasury to reduce the cost of production and minimise increases in the price of bread.

However, bakers insisted that the biggest issue was not free duty, but was access to foreign currency.

“The biggest issue is not about free duty, but it’s the access to forex itself. Duty is a small component of our problem. Of cause, we appreciate the effort, but at the moment, we can’t get forex to import our raw materials,” NBAZ president Ngoni Mazango said.