Breaking: Mugabe too old & must go- All Zanu PF provinces 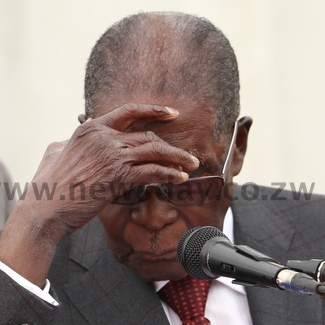 In a dramatic twist of events, all the ten Zanu PF provinces have passed a vote of no confidence on President Robert Mugabe, and declared the 93 year-old leader – who has been in office for 37 years – too old and incapacitated to lead both Zanu PF and government.

The move, which comes at the height of a drama-filled week that saw the military taking control of the country, is a huge knock on the veteran’s leader’s prospects of retaining his presidency for much longer.

Tomorrow, Mugabe’s long-time allies, the war veterans, are hosting a national rally in Harare, where Zimbabweans from various political parties, religions and elsewhere are expected to attend.