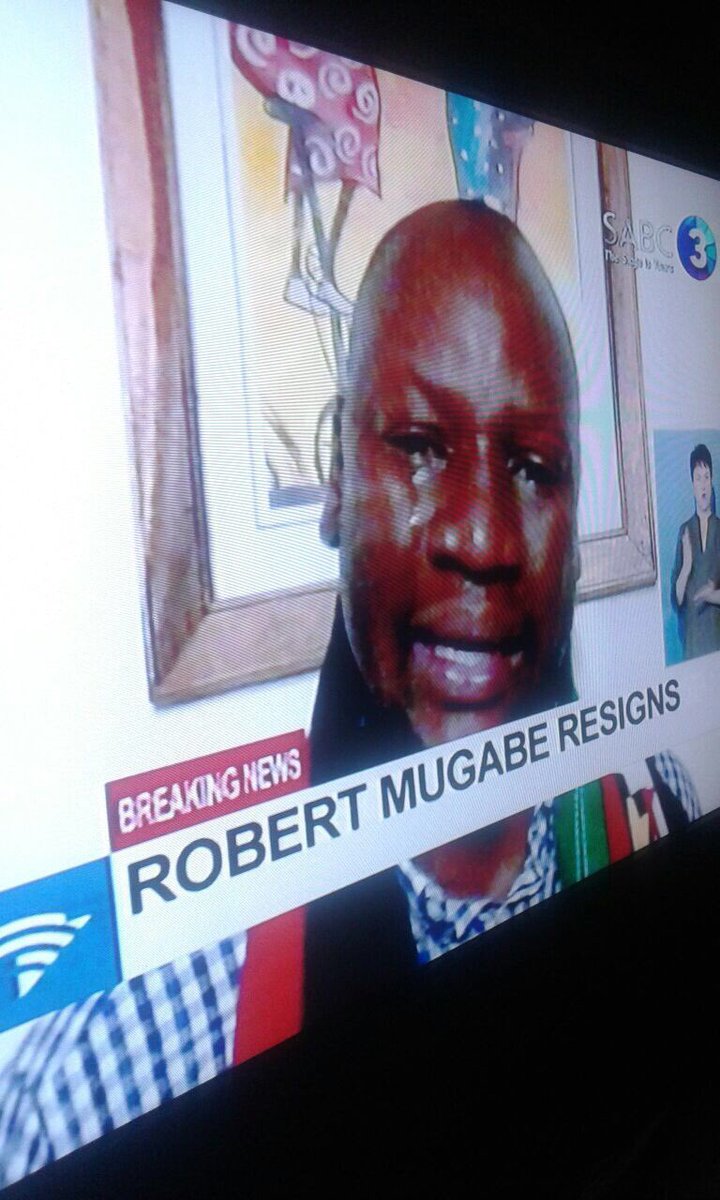 HARARE – President Robert Mugabe has tendered in his resignation as an
impeachment hearing to remove him from office was underway in the capital
this evening. 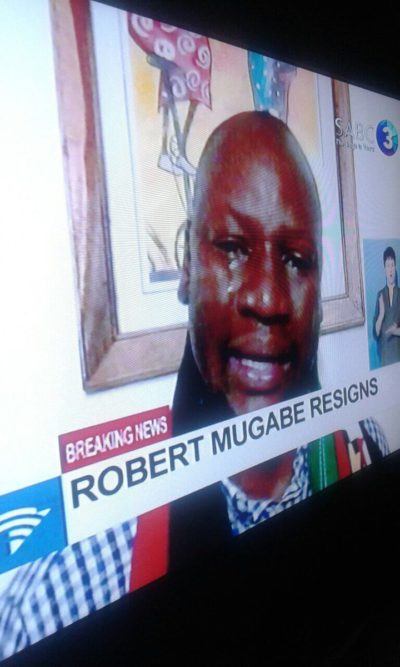 “I Robert Gabriel Mugabe, hereby formally tender my resignation as
President of Zimbabwe with immediate effect,” the letter read.

The surprise announcement halted an impeachment hearing that had begun
against him.

Lawmakers roared in jubilation and people have begun celebrating in the
streets.

Mugabe, who has been in power since independence in 1980, had previously
refused to resign despite last week’s military takeover and days of
protests.